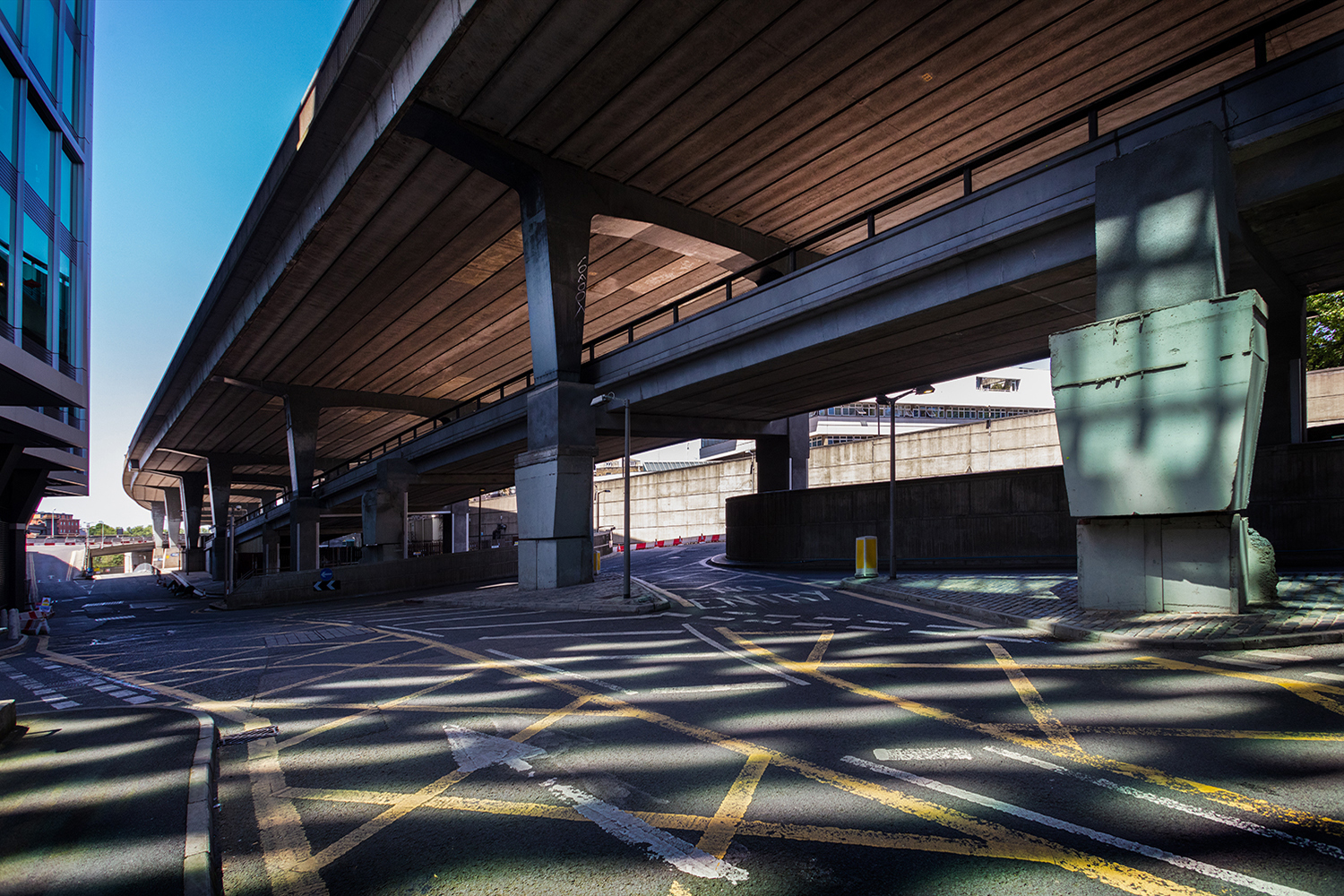 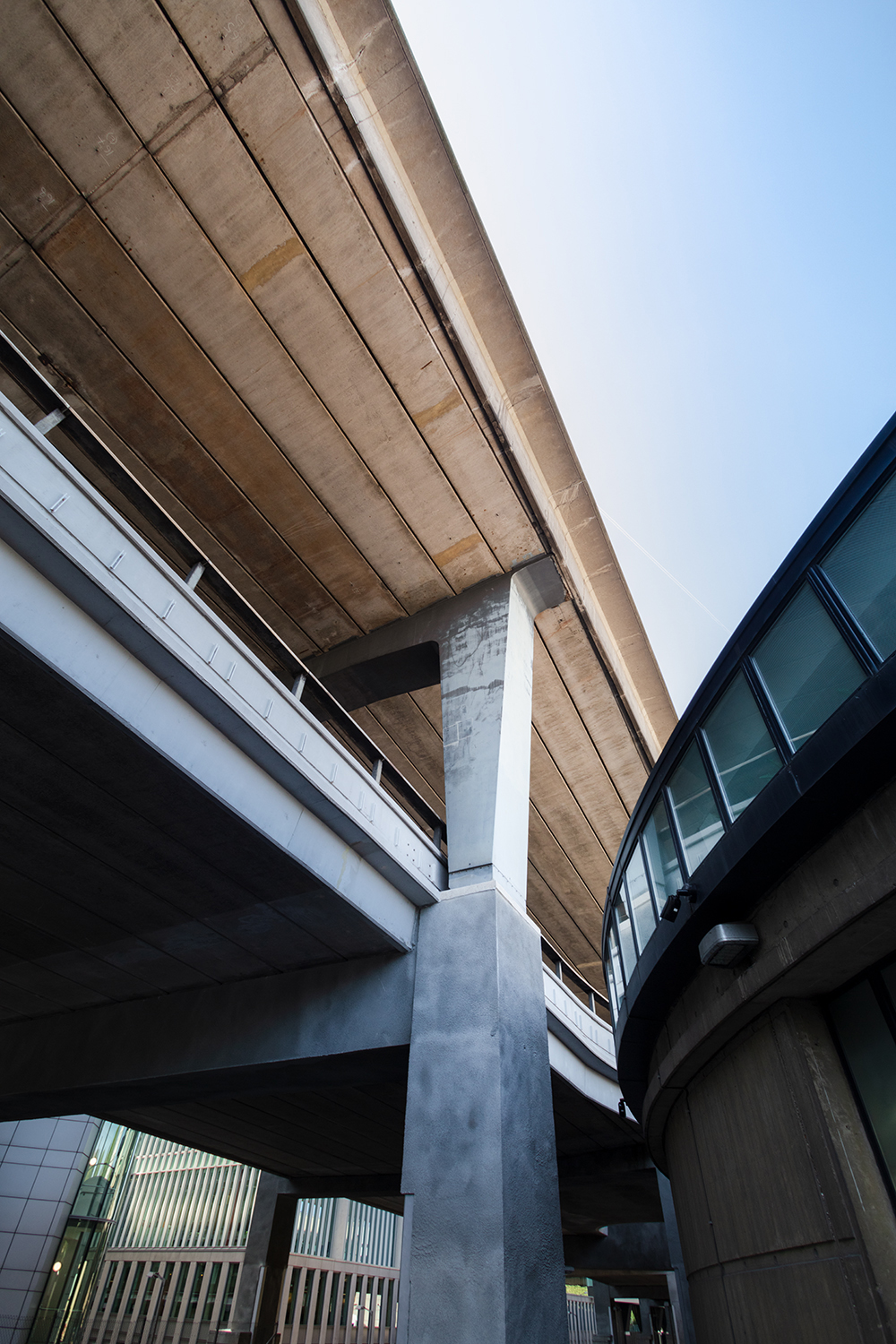 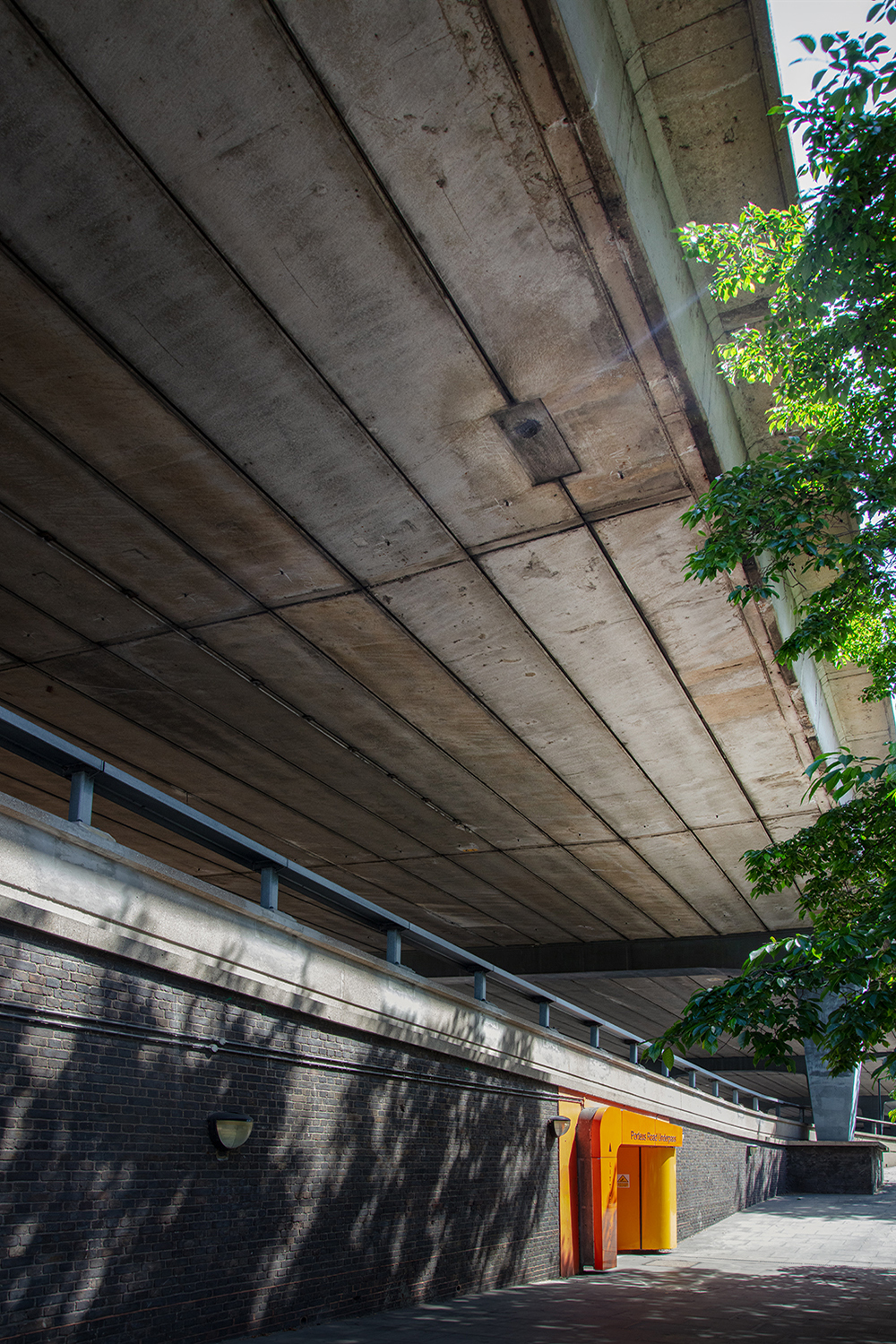 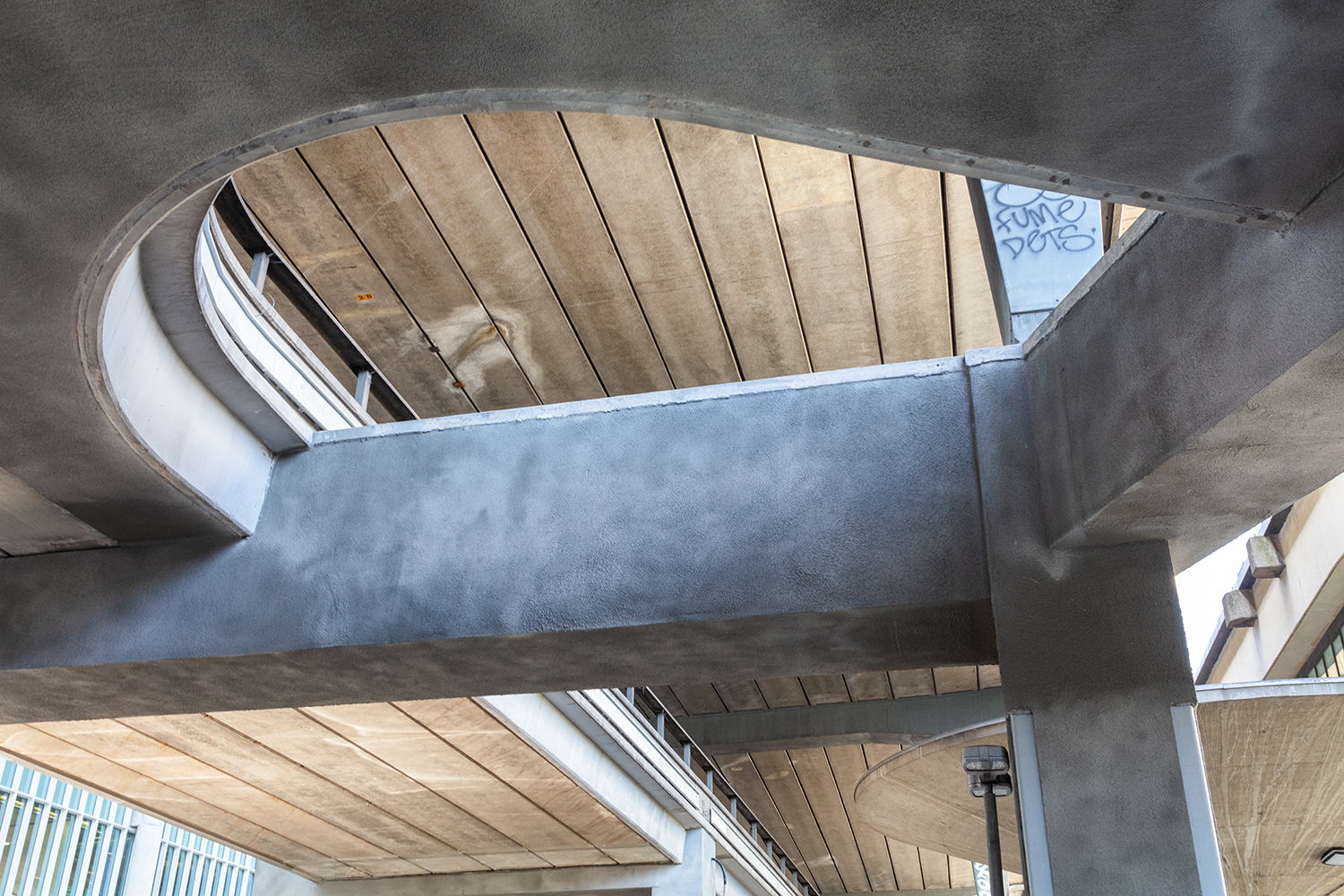 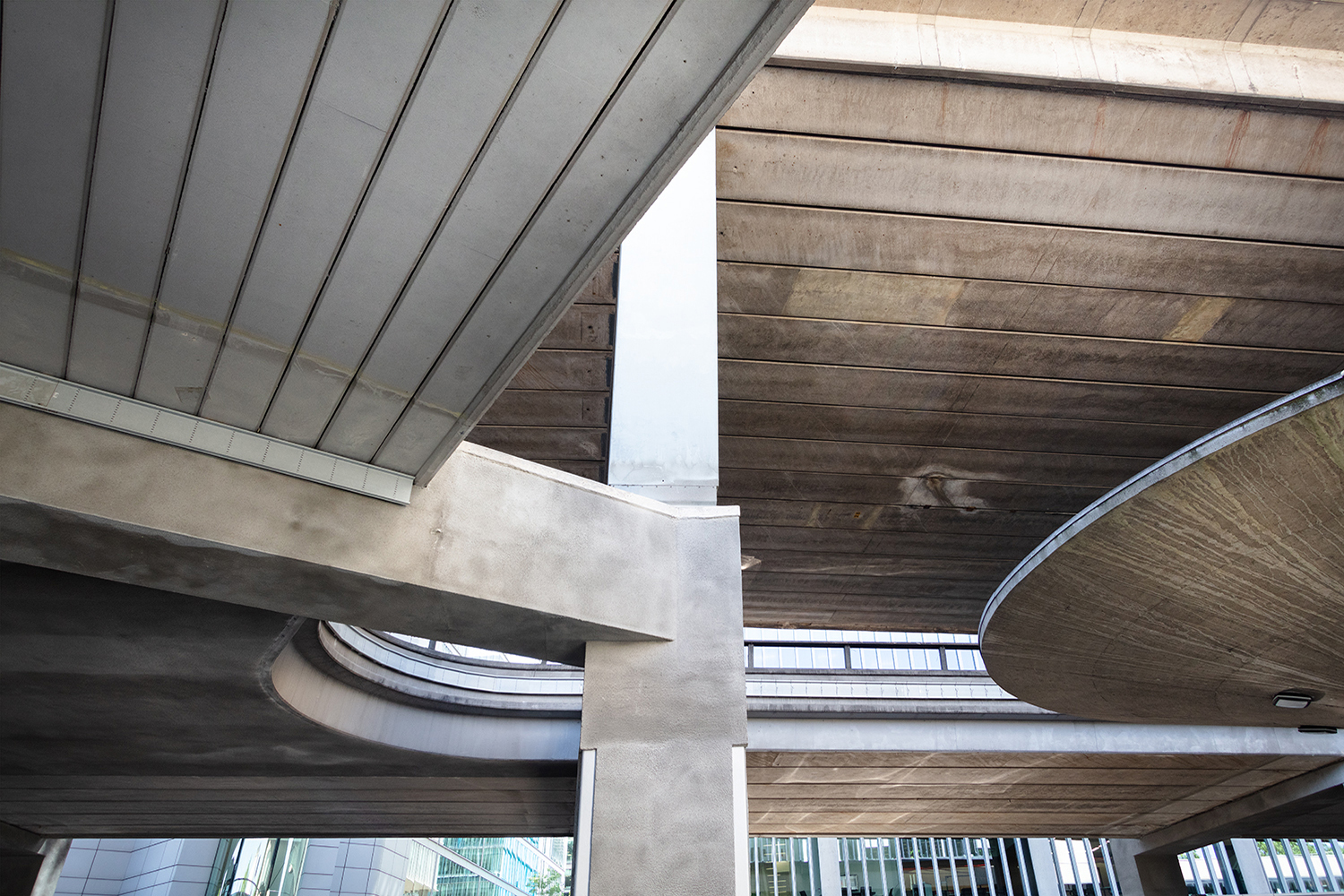 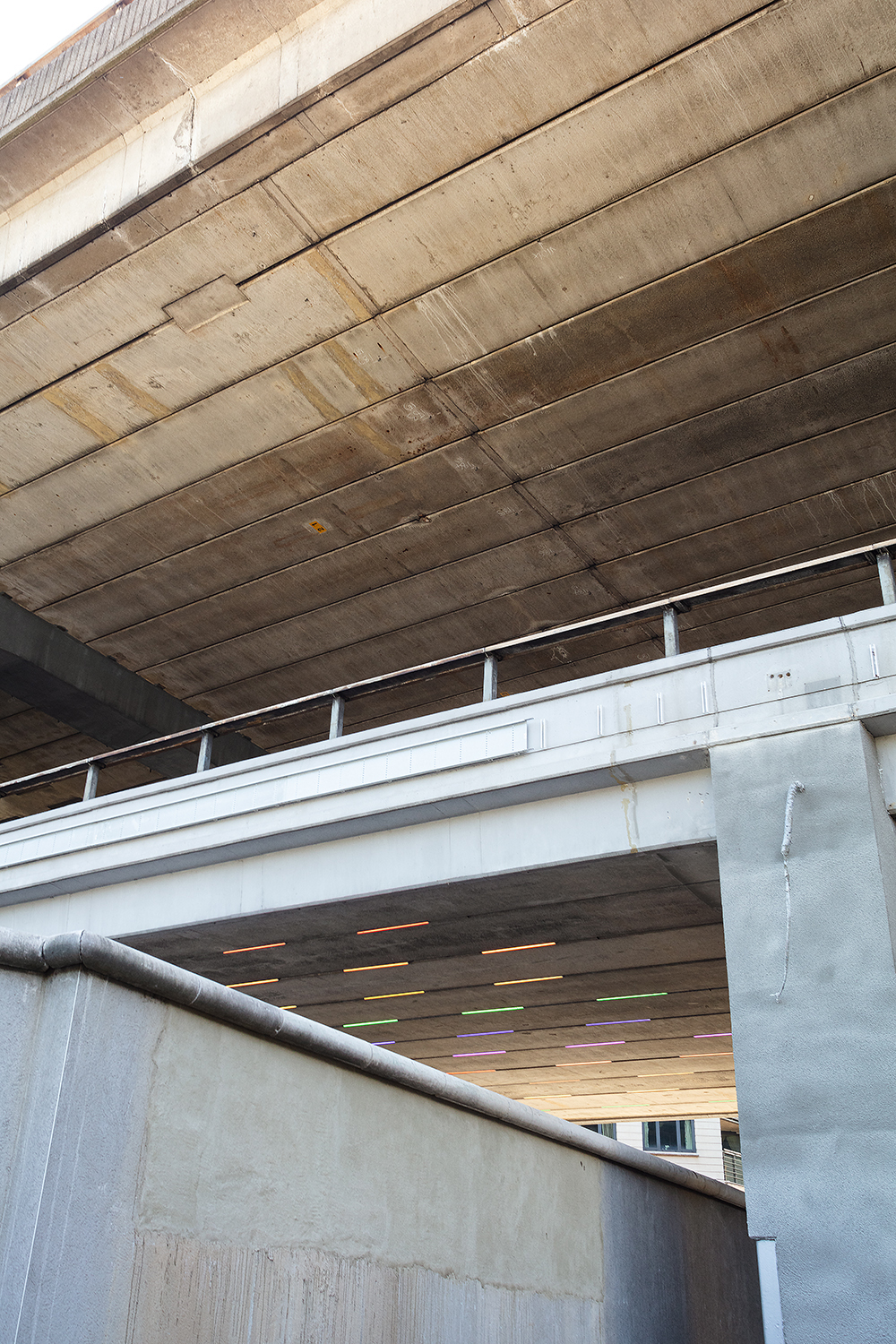 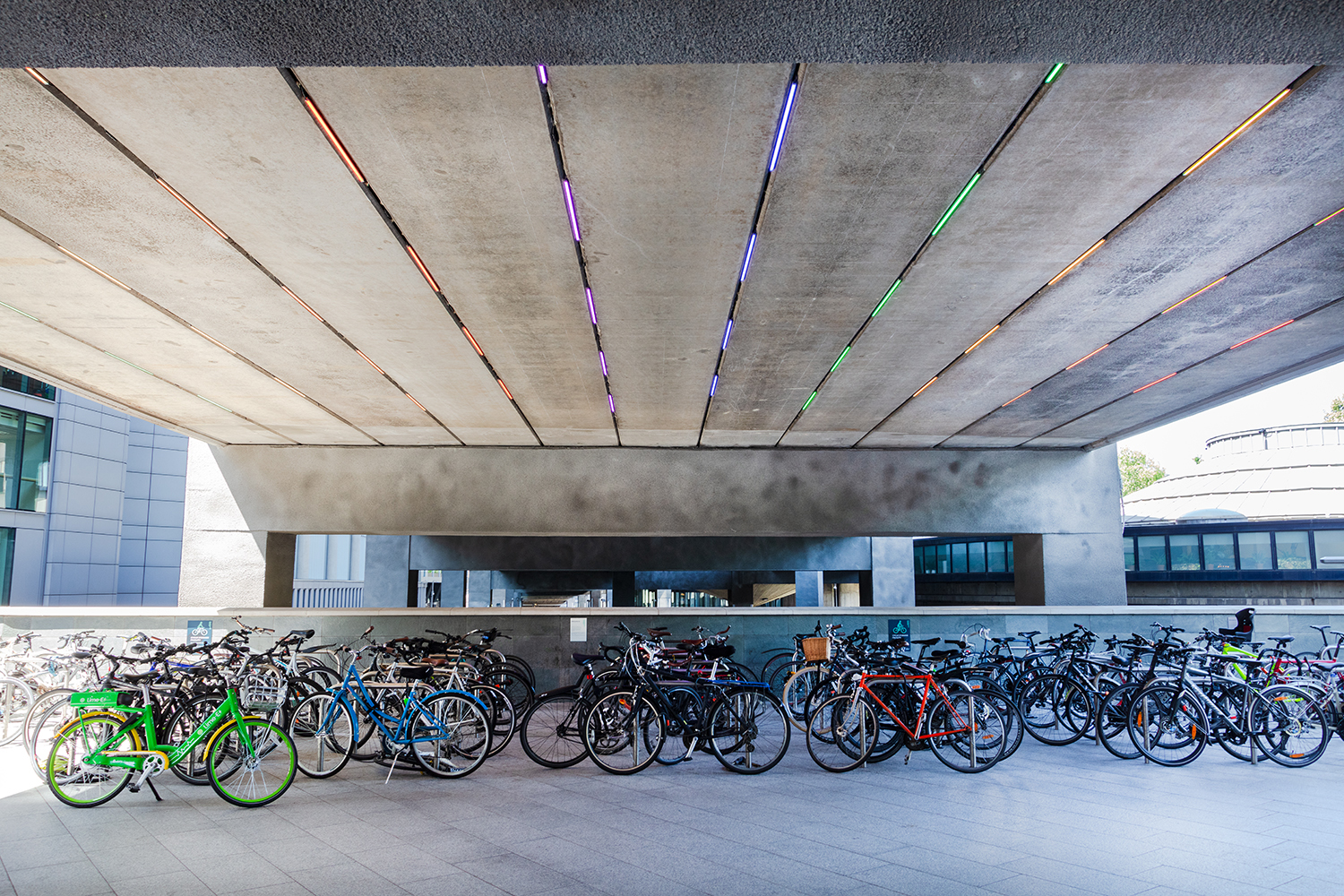 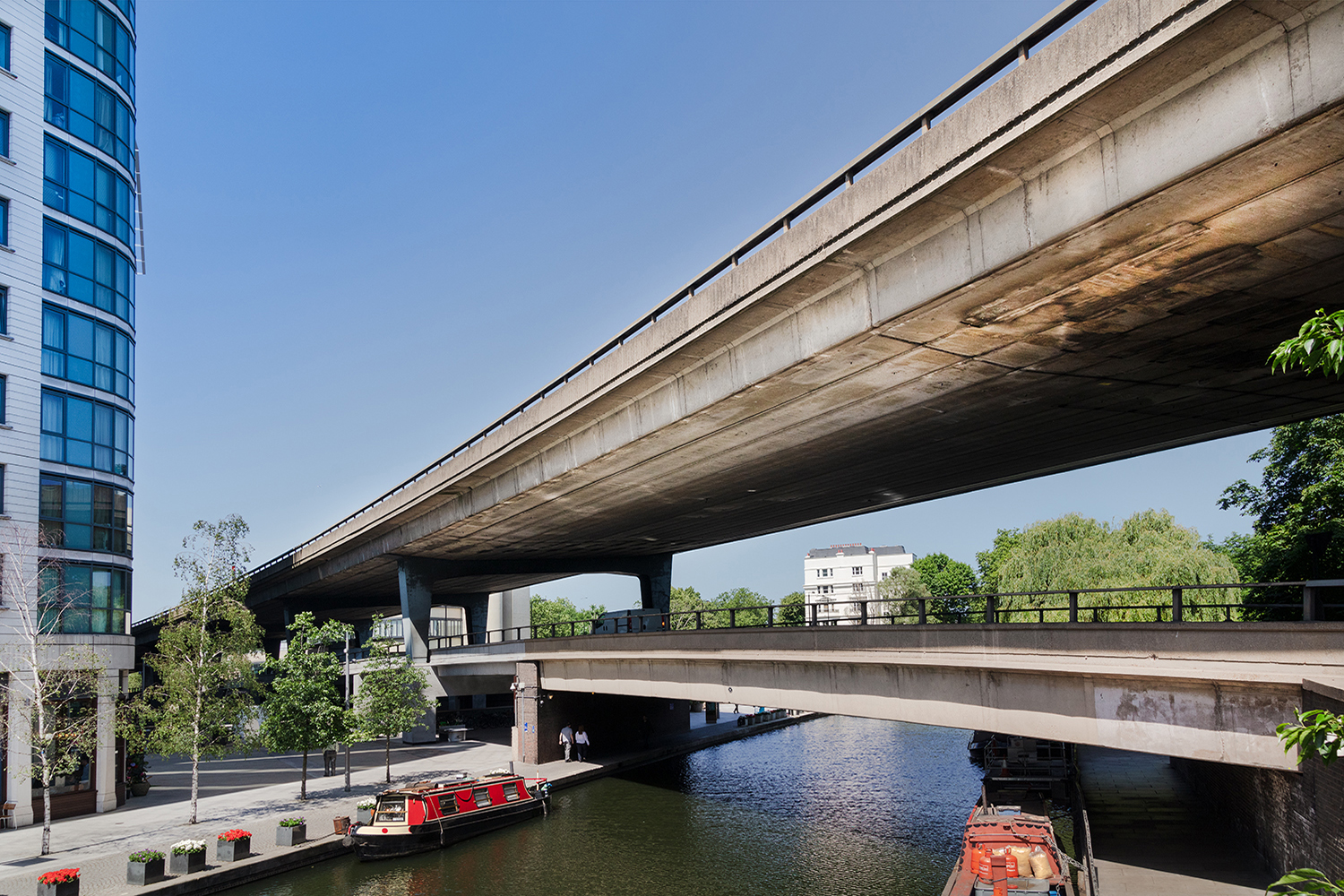 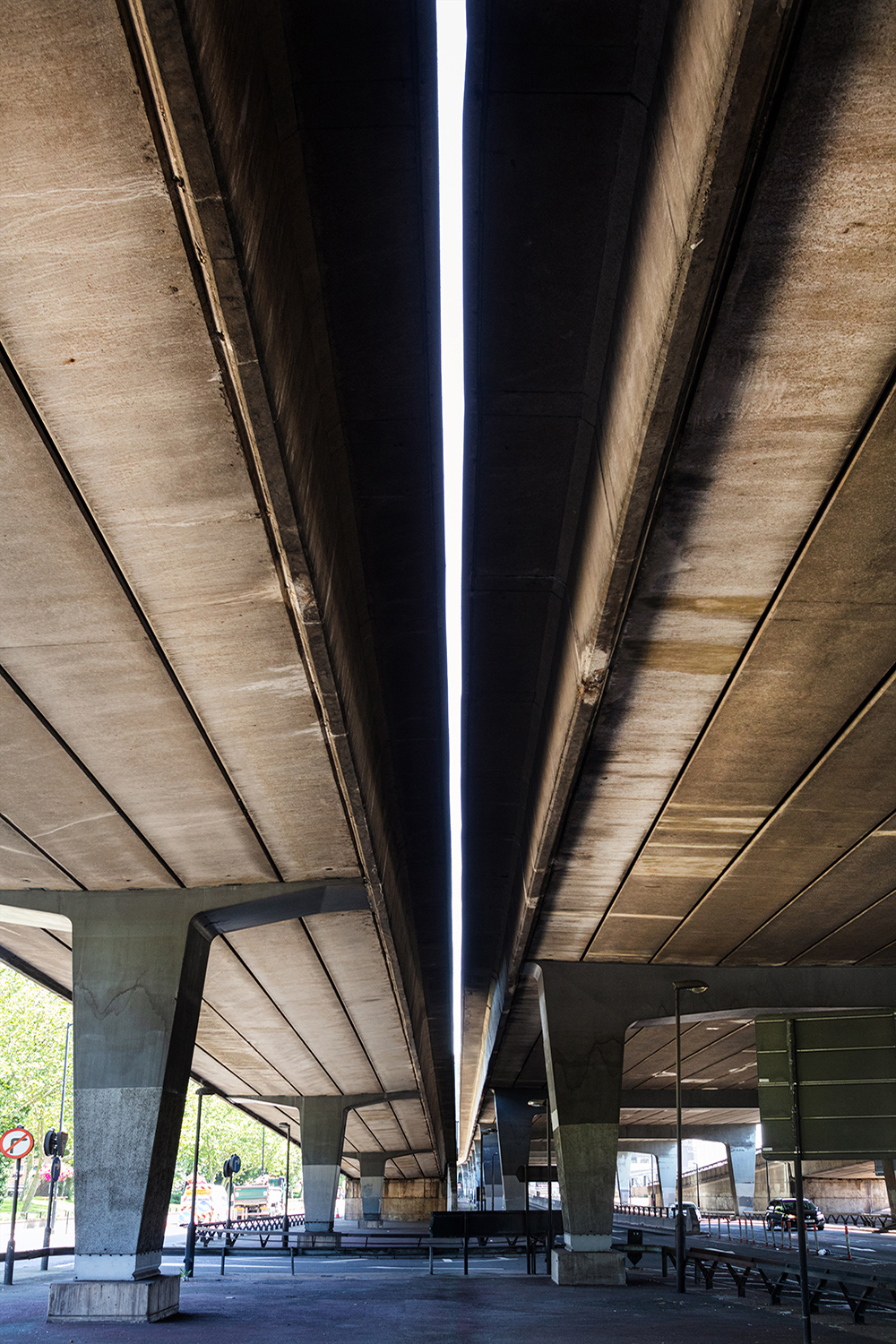 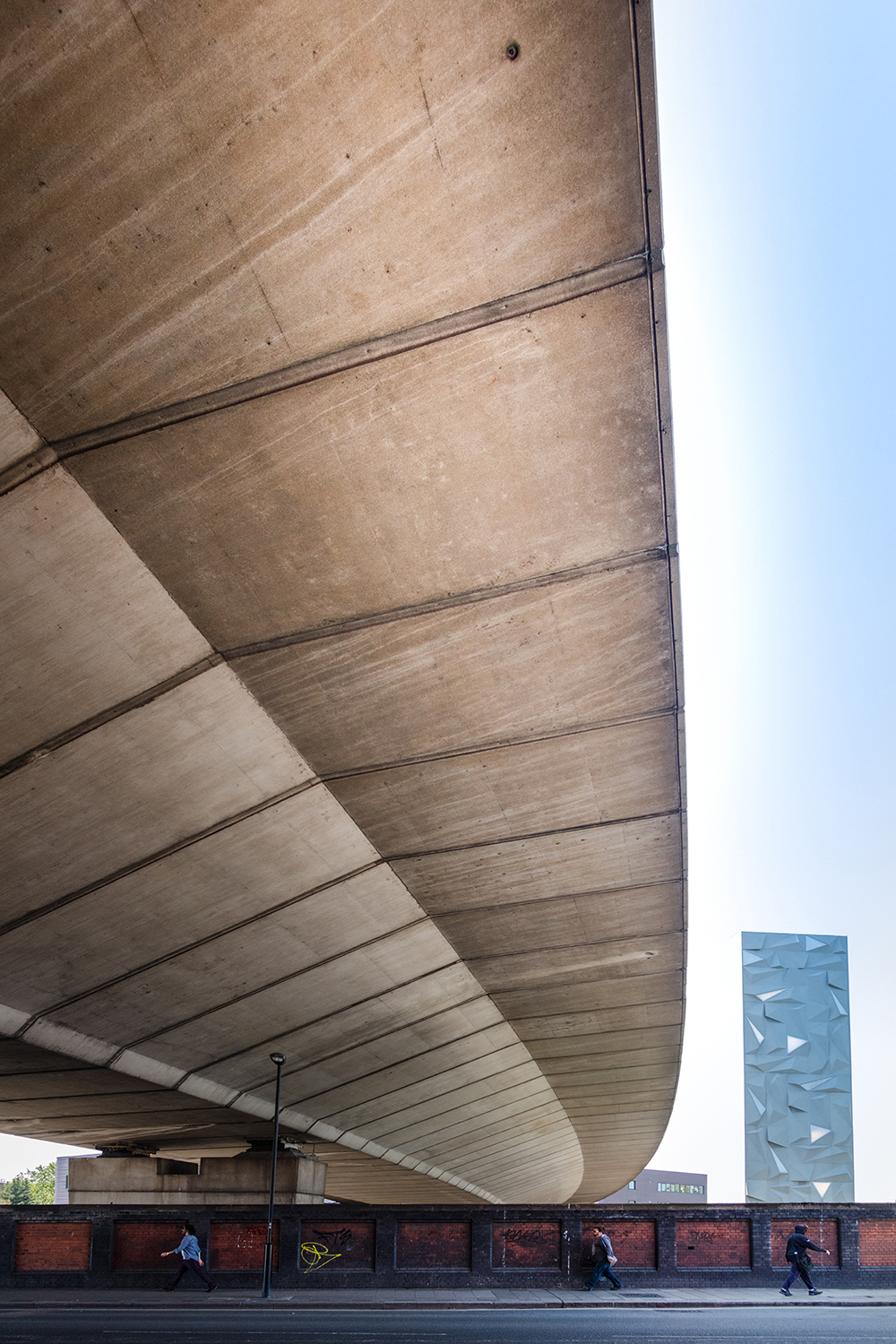 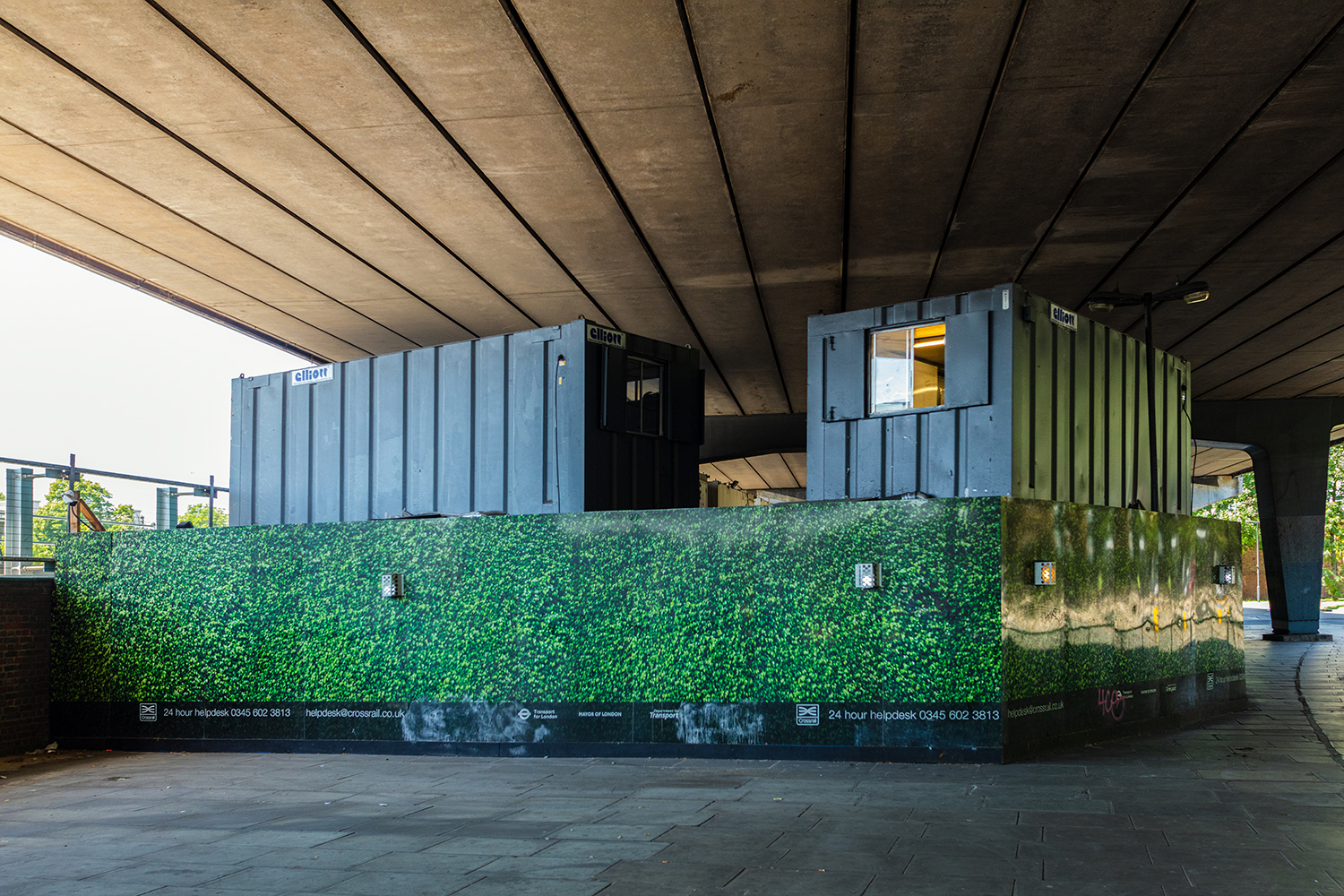 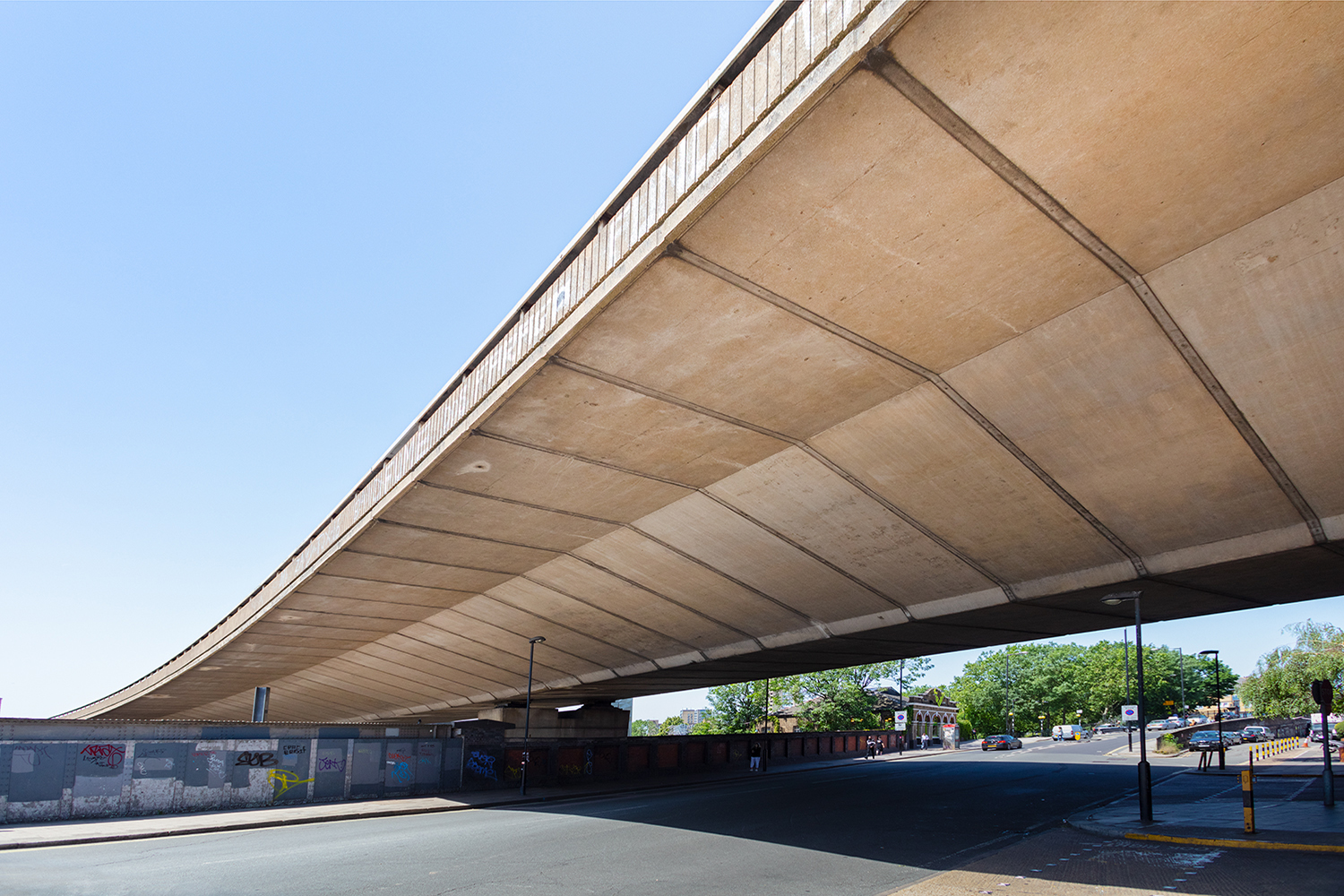 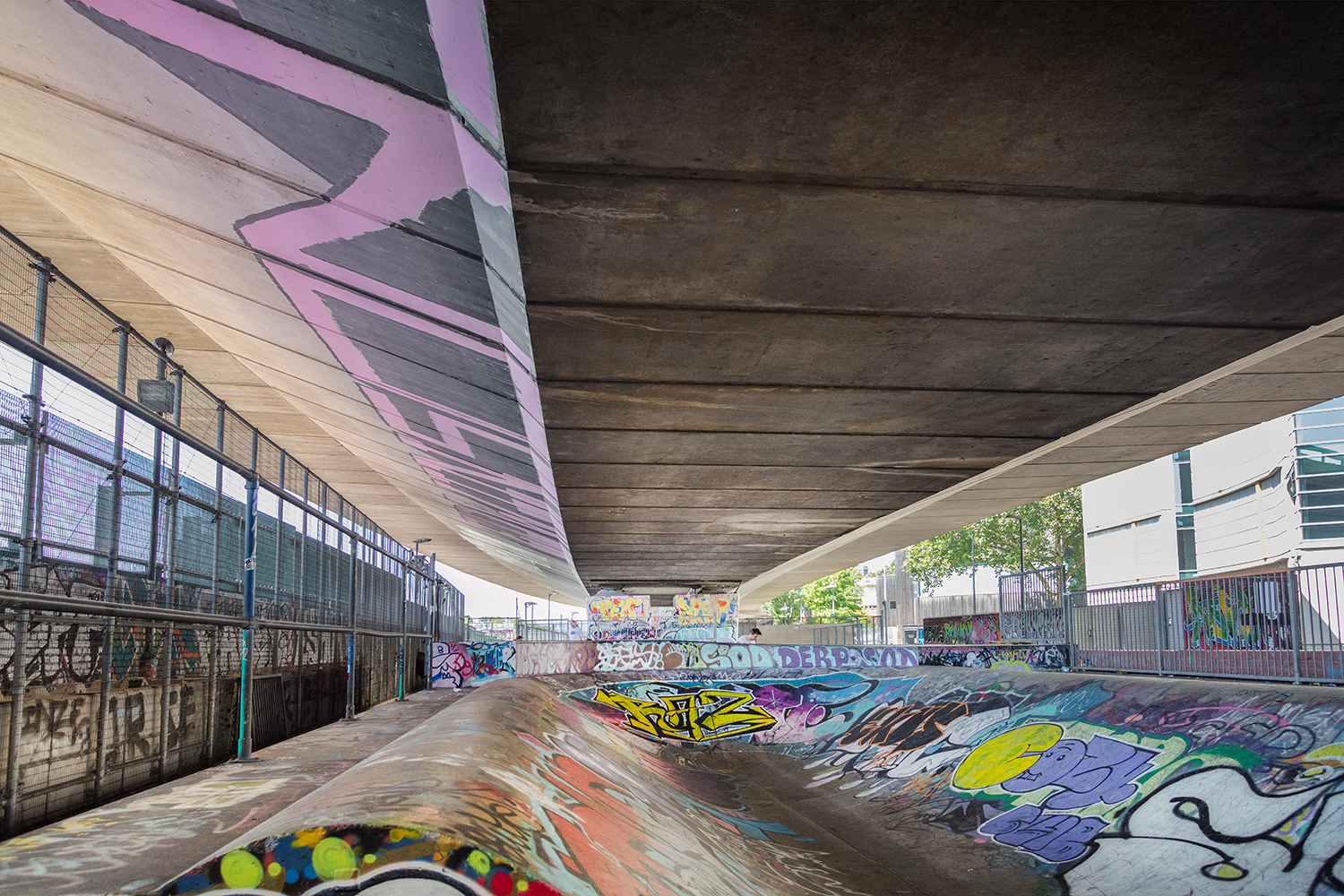 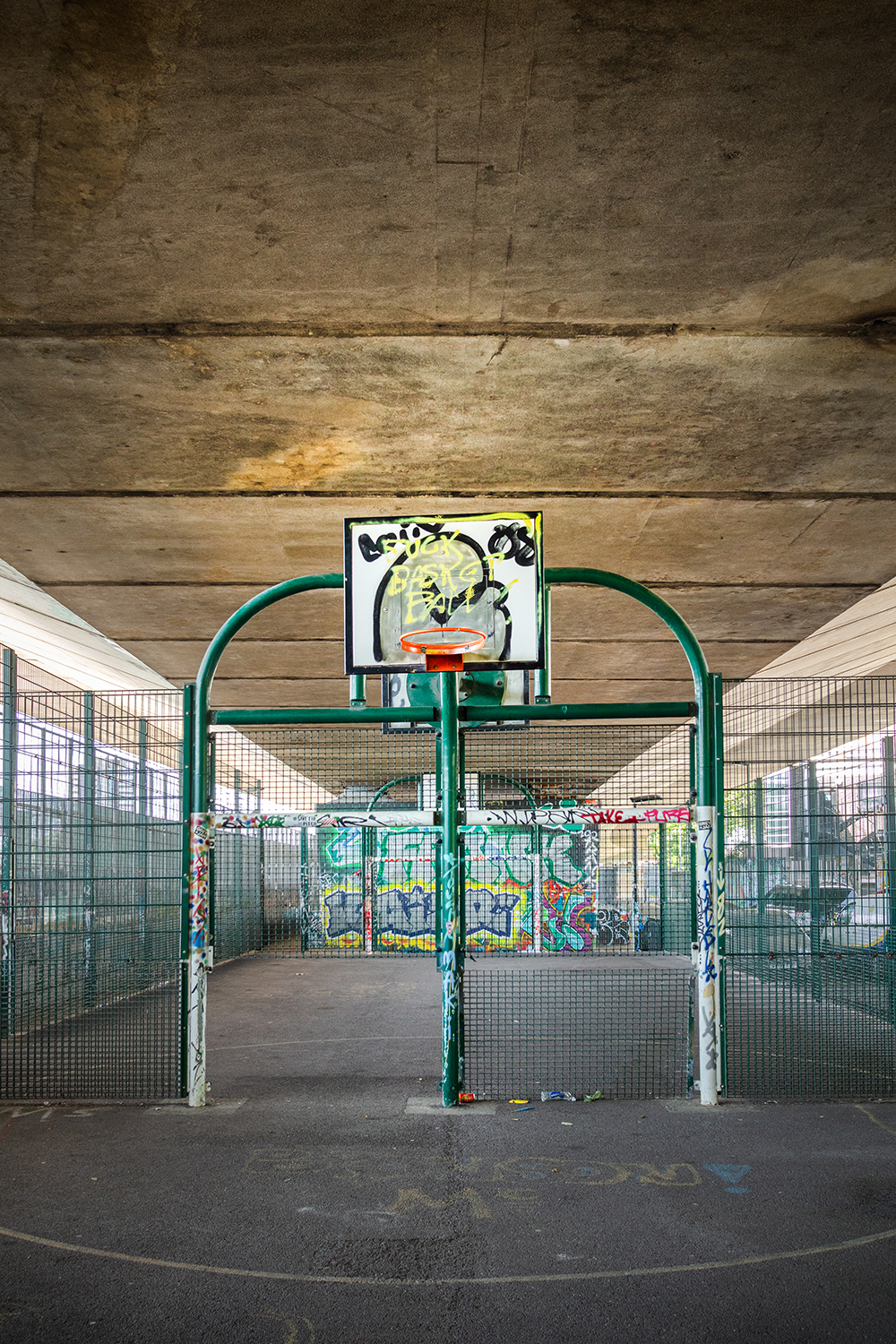 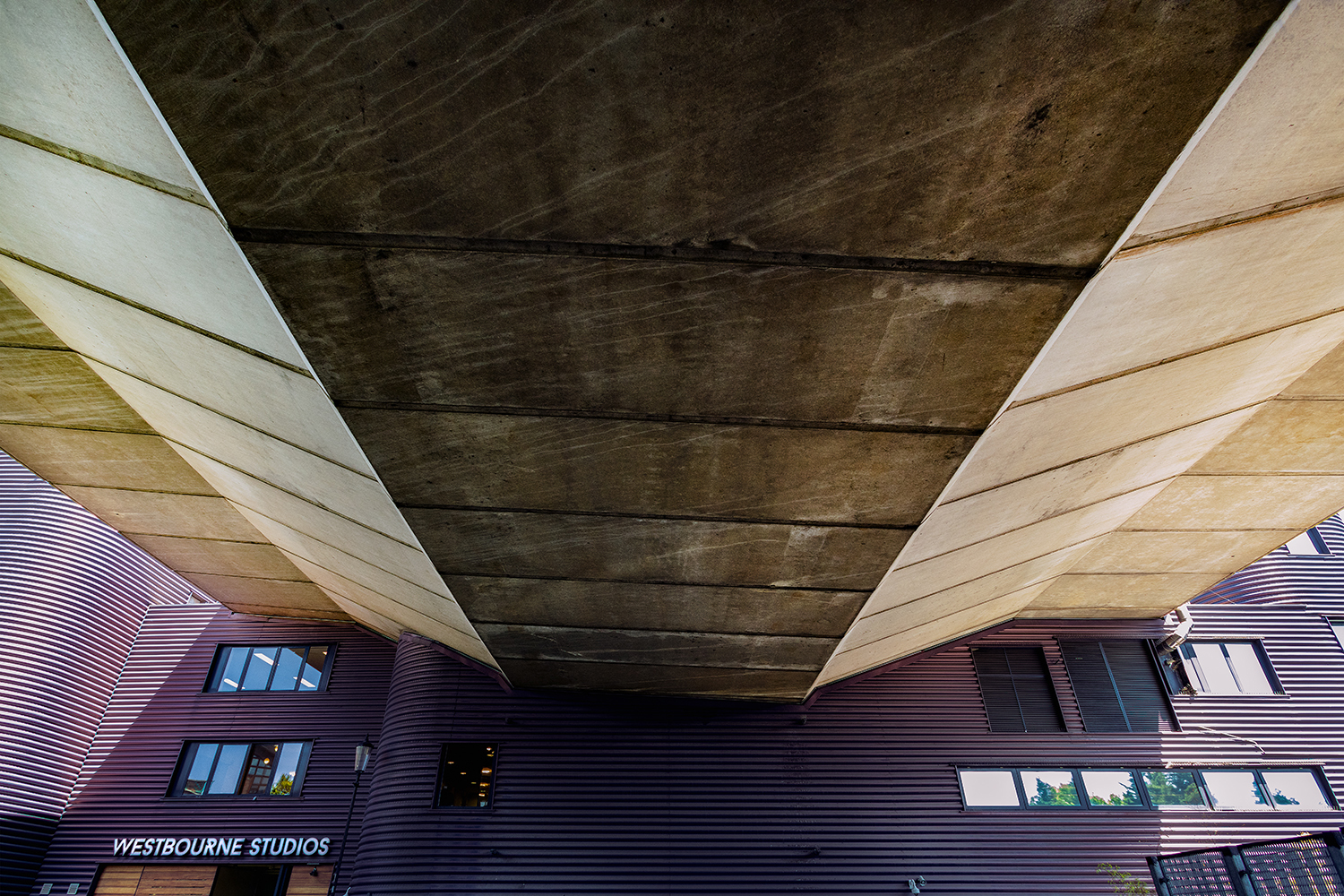 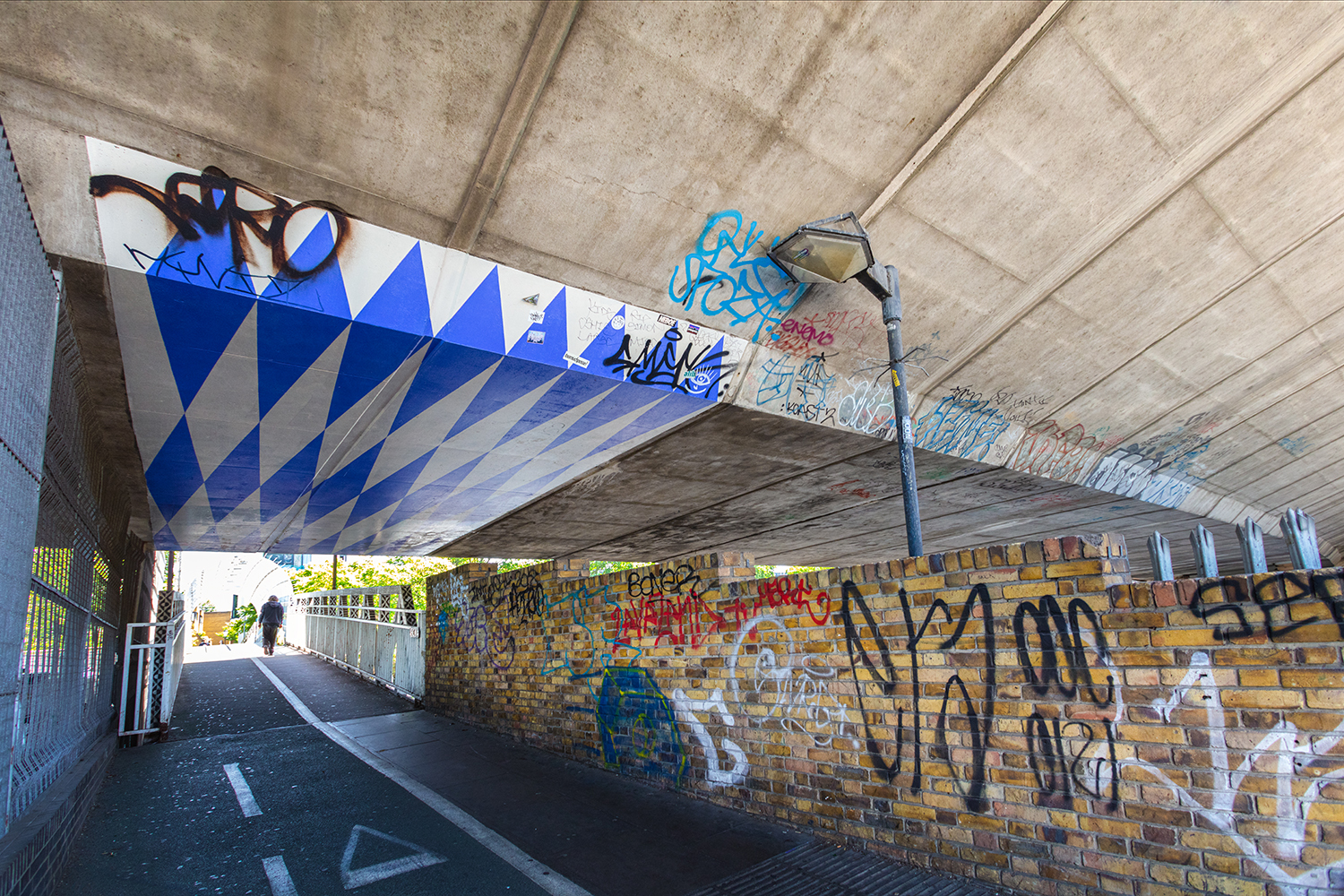 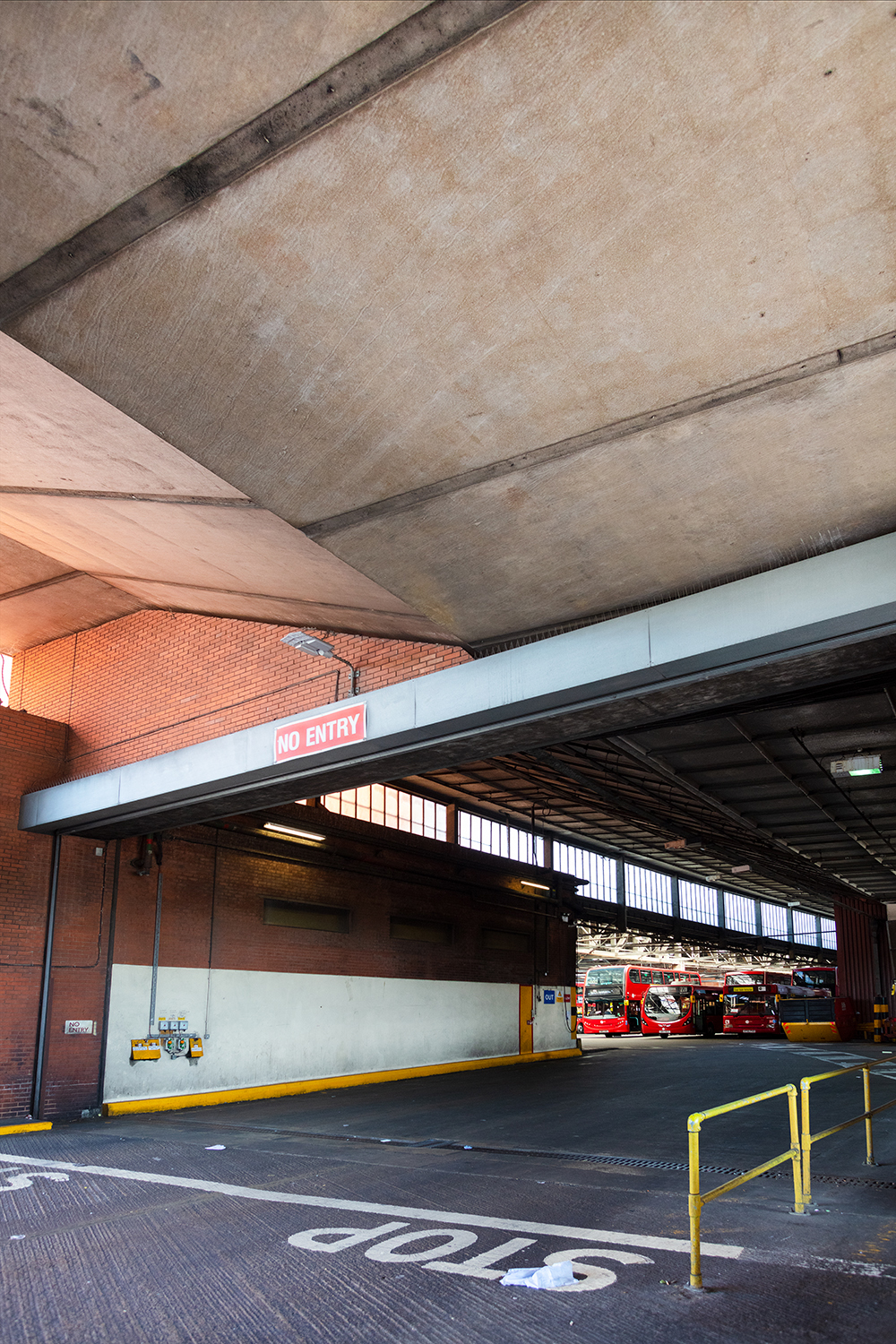 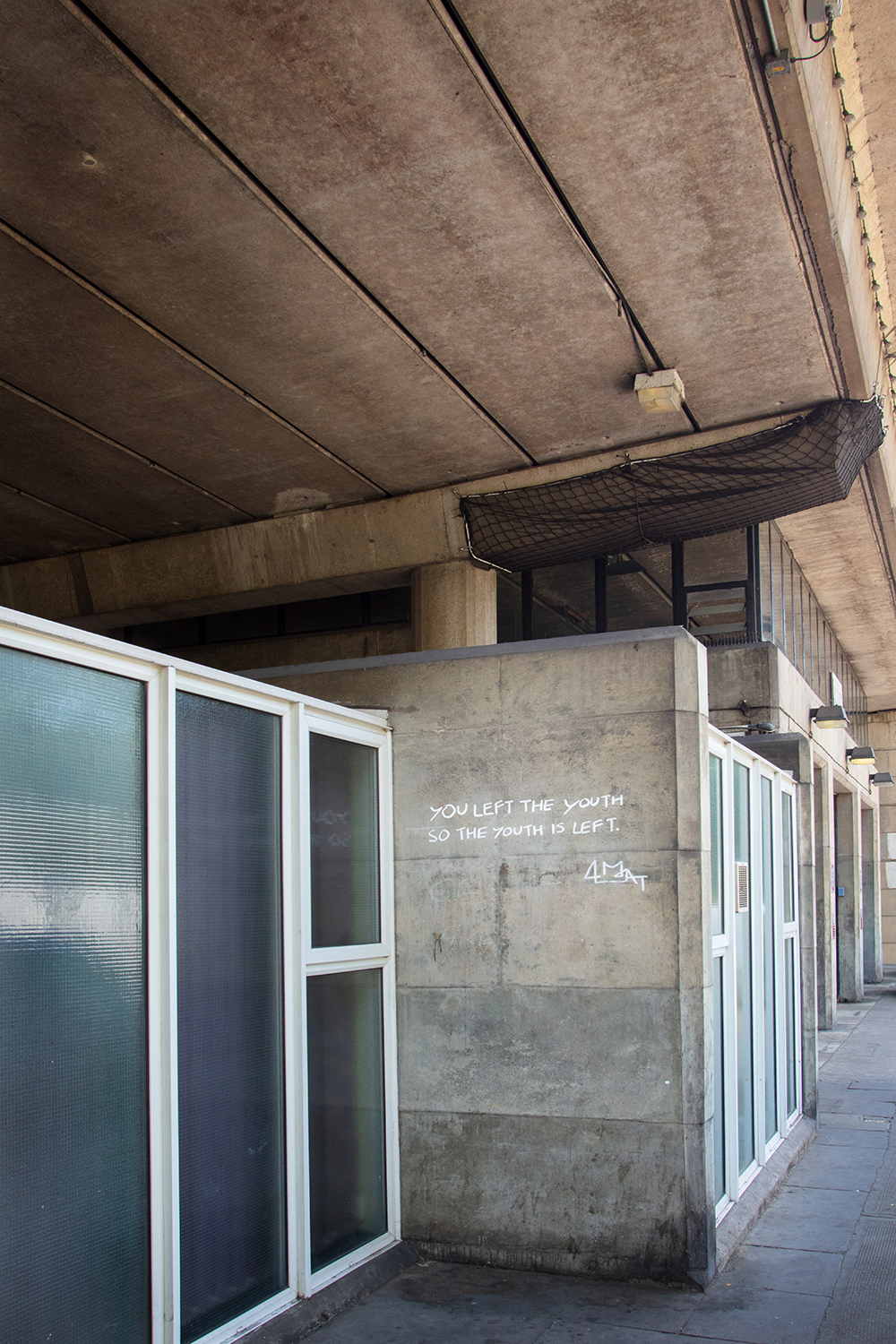 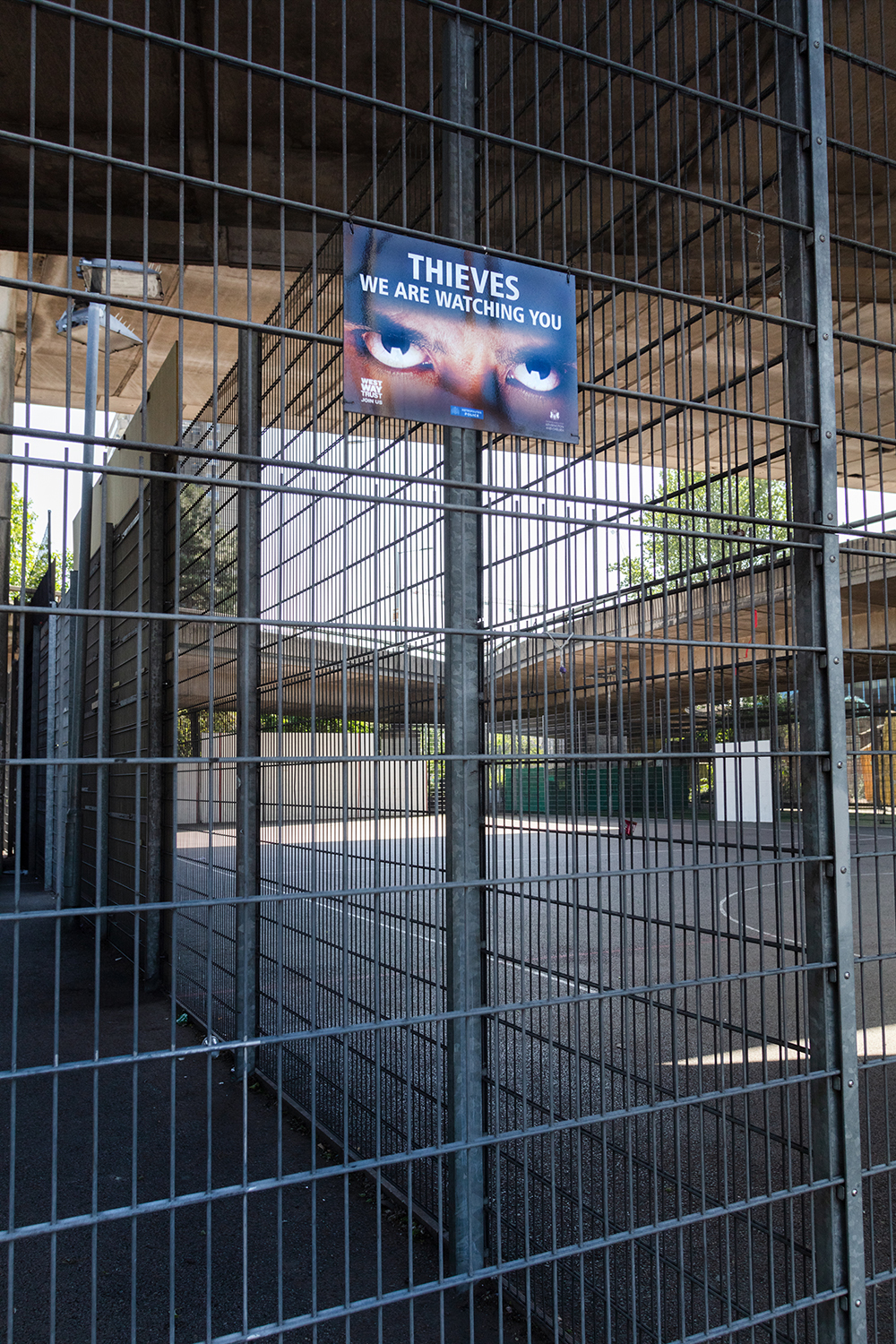 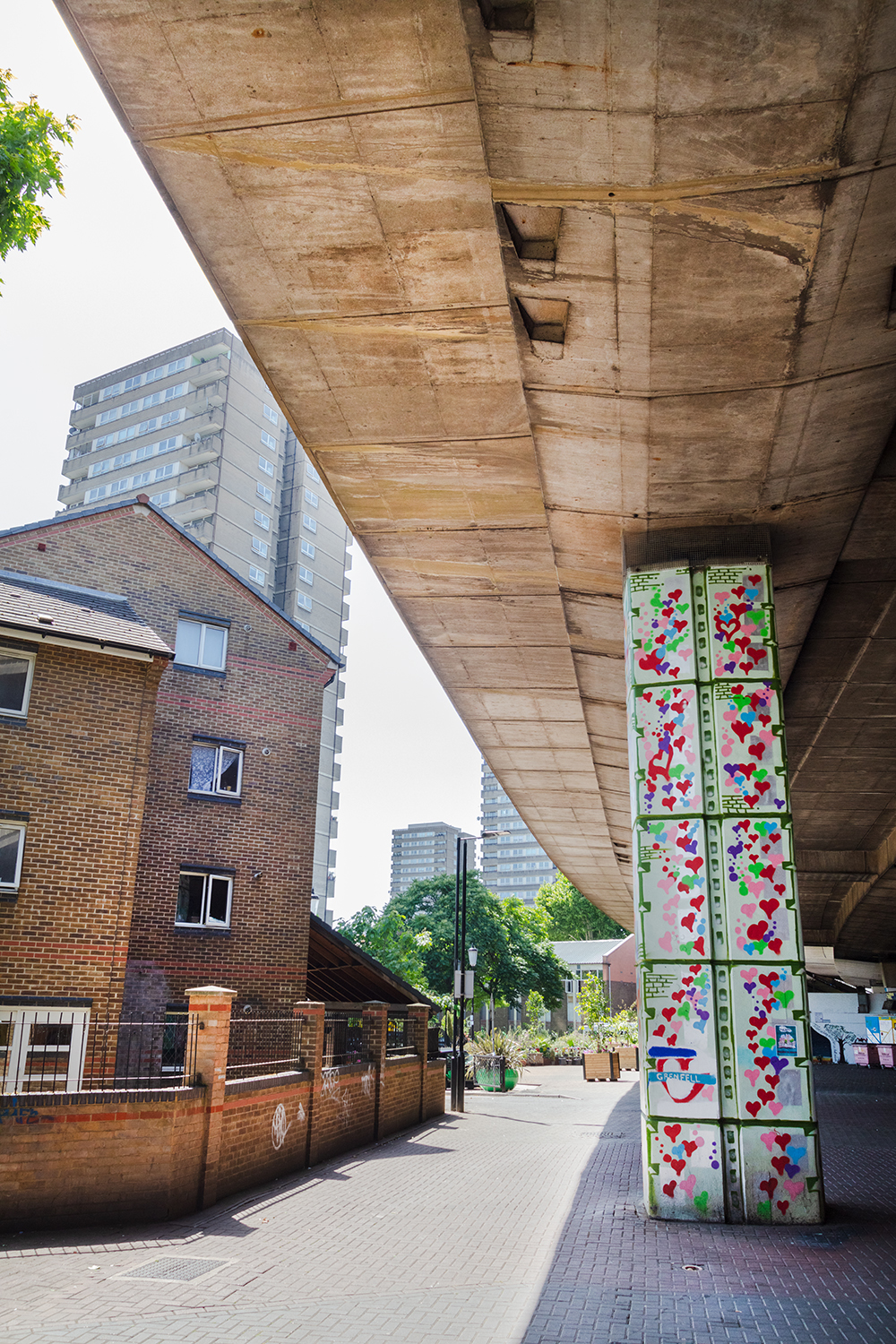 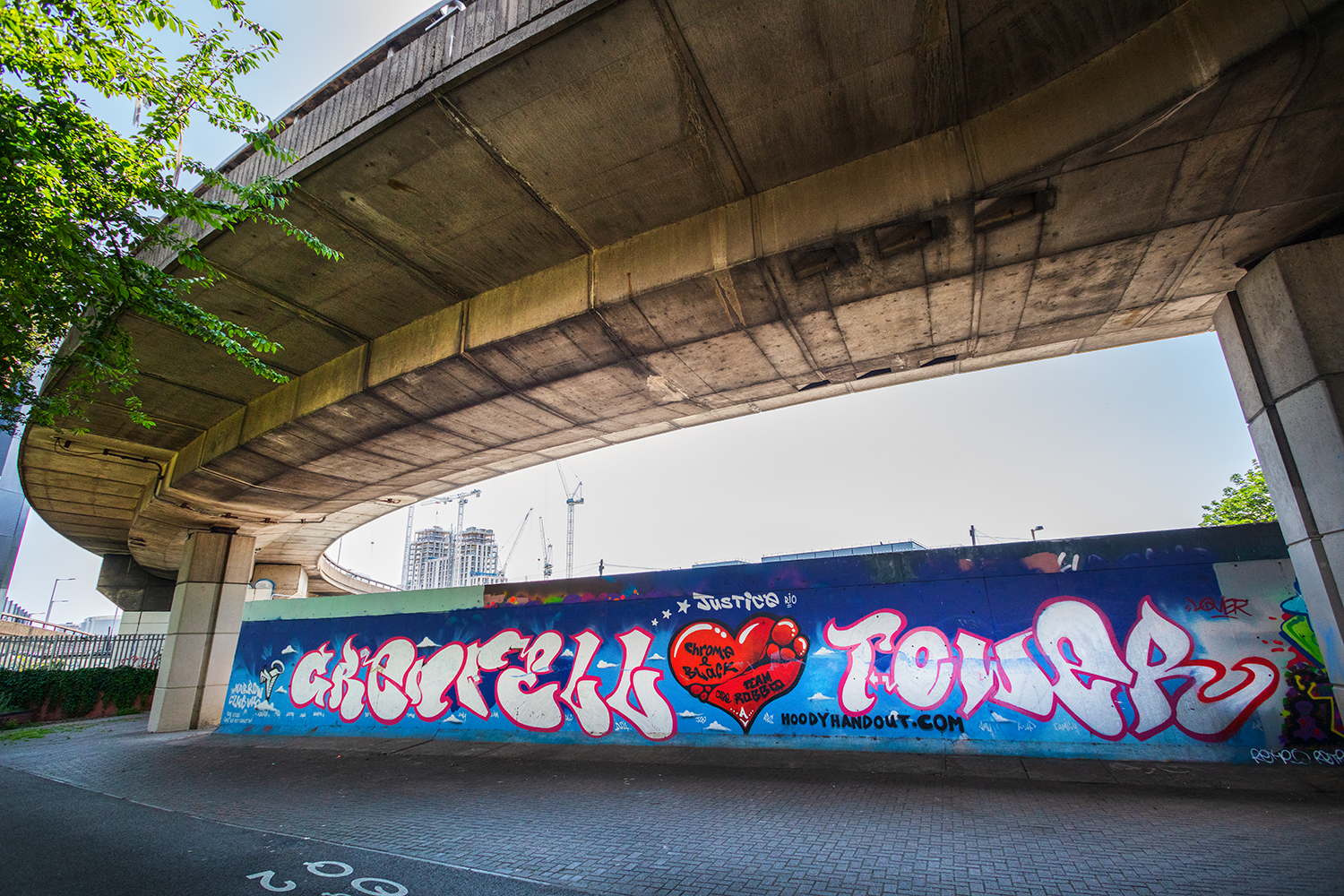 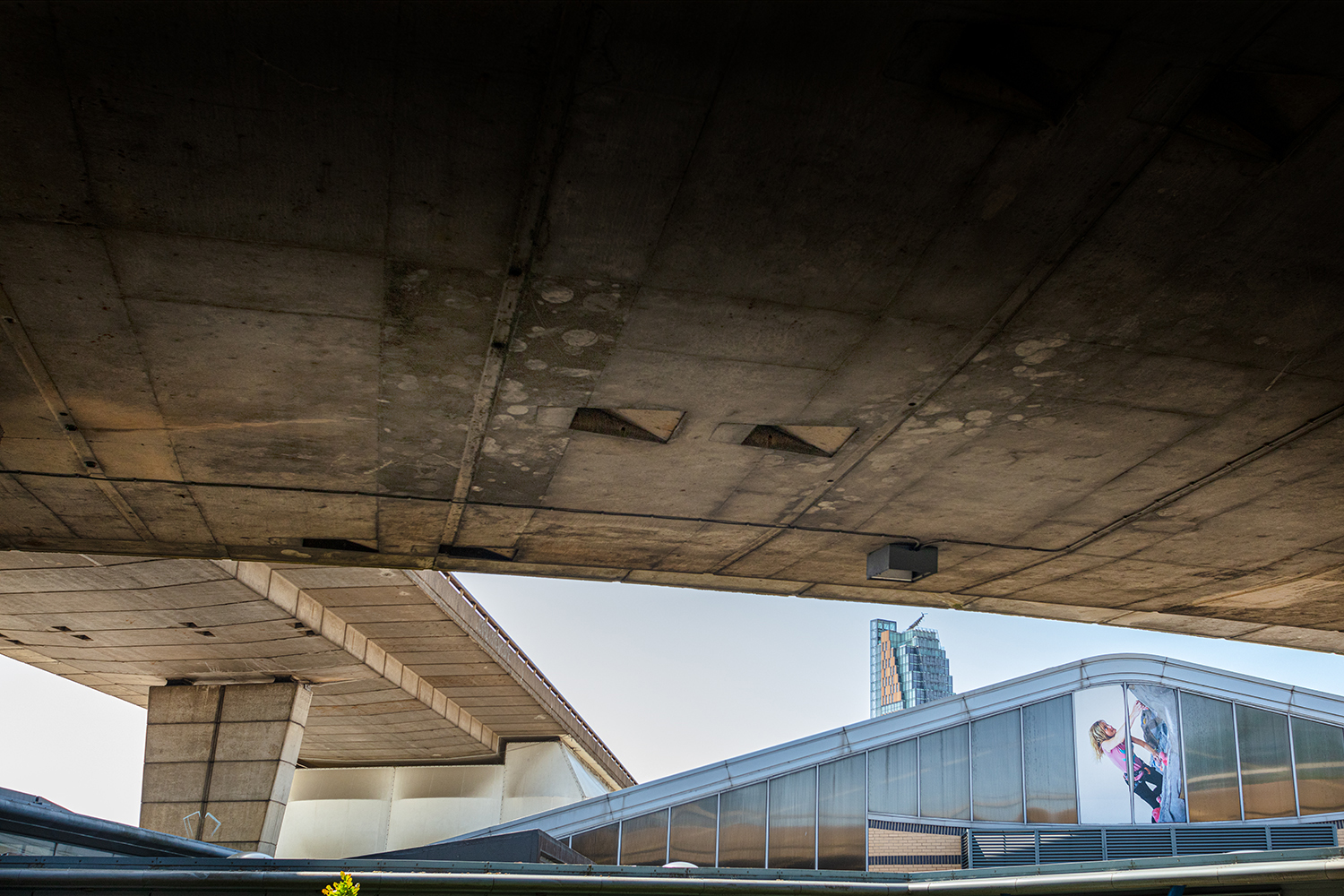 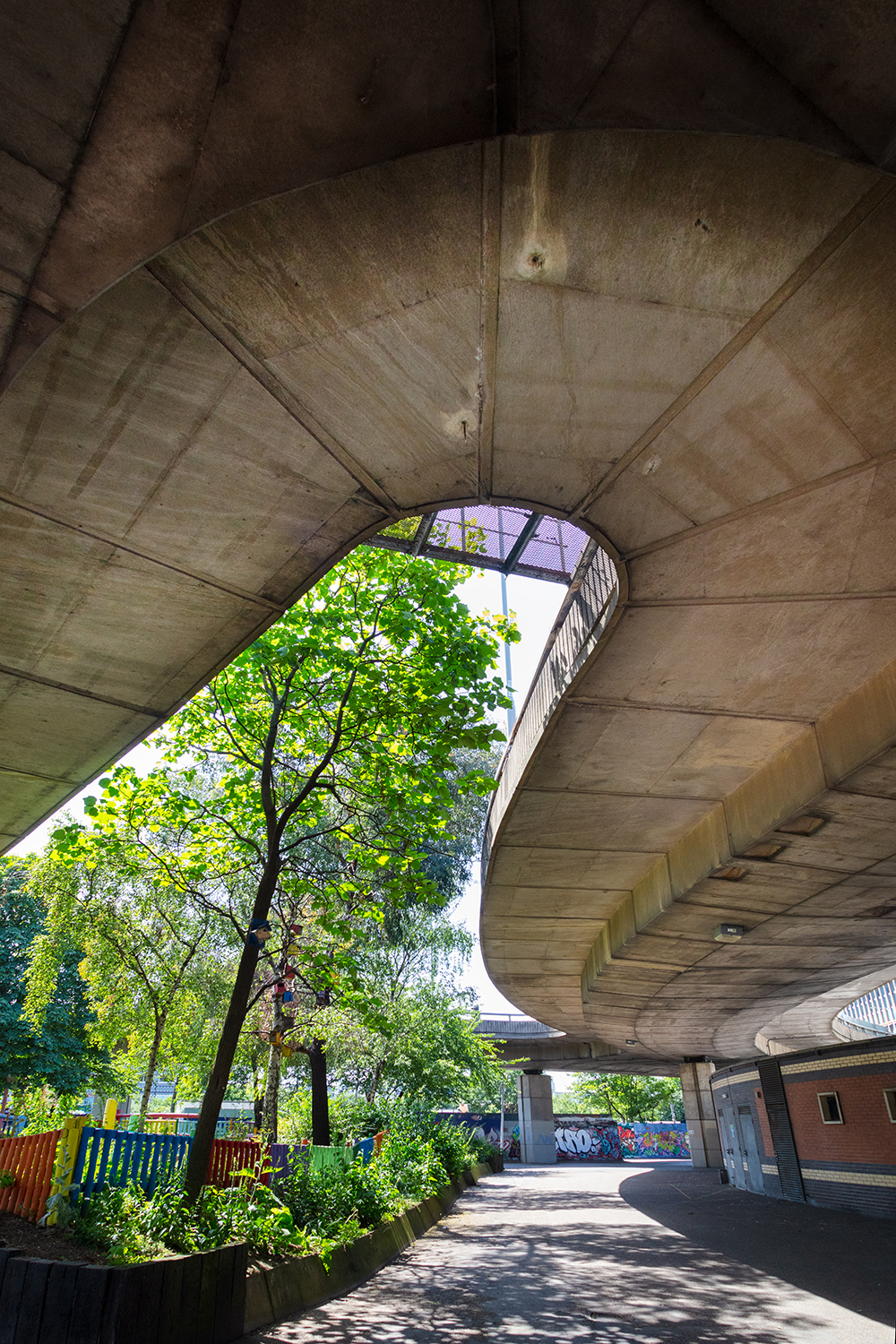 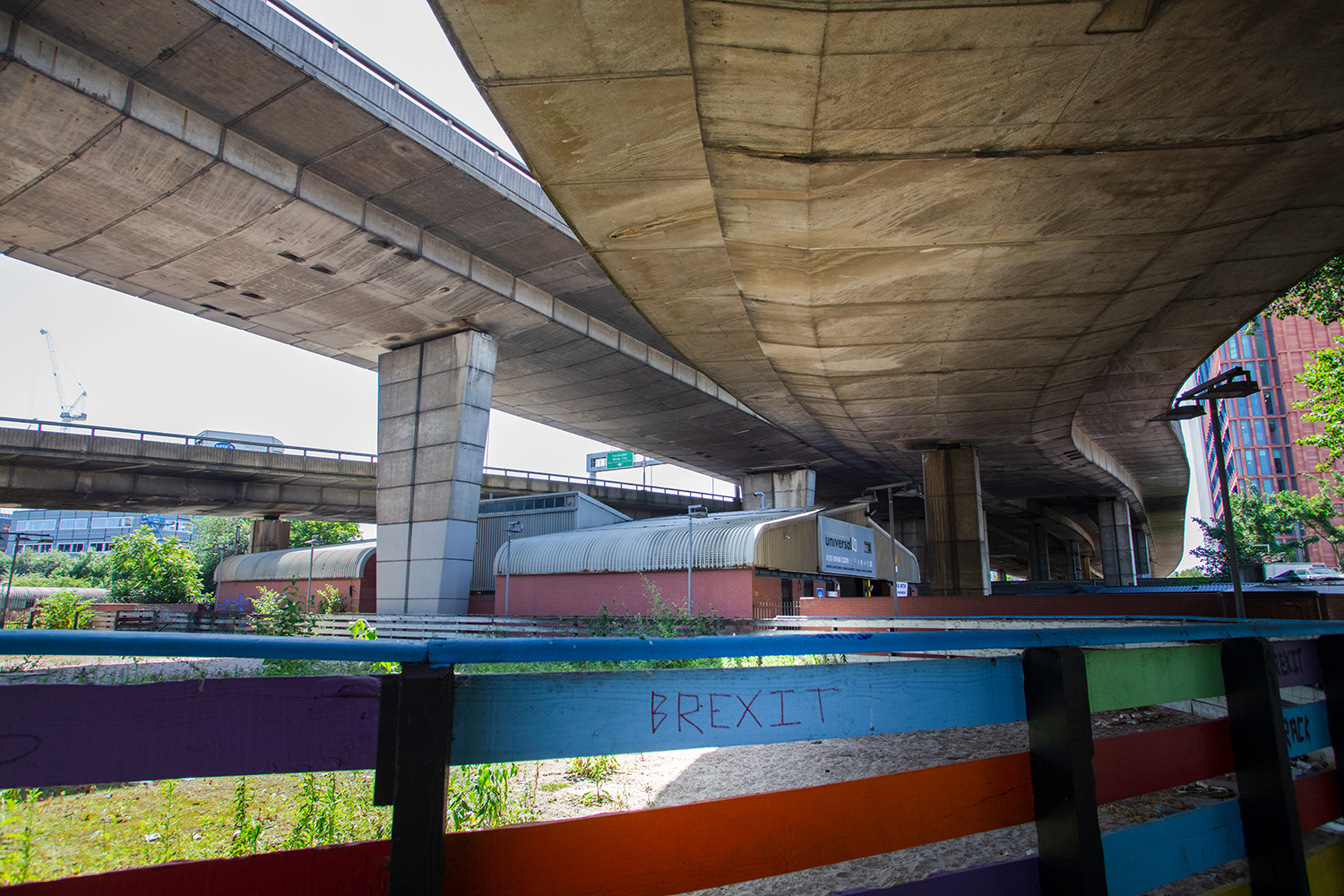 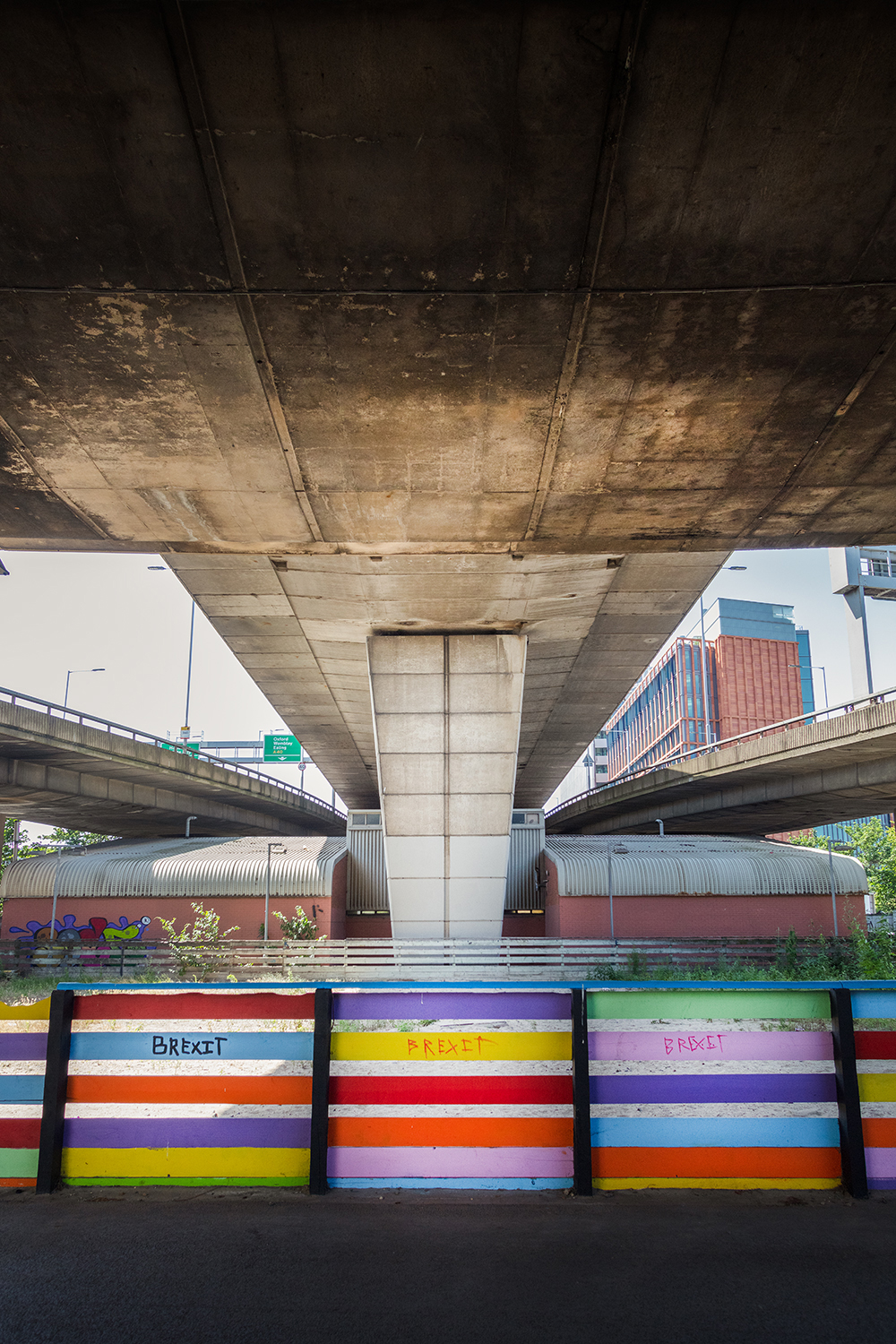 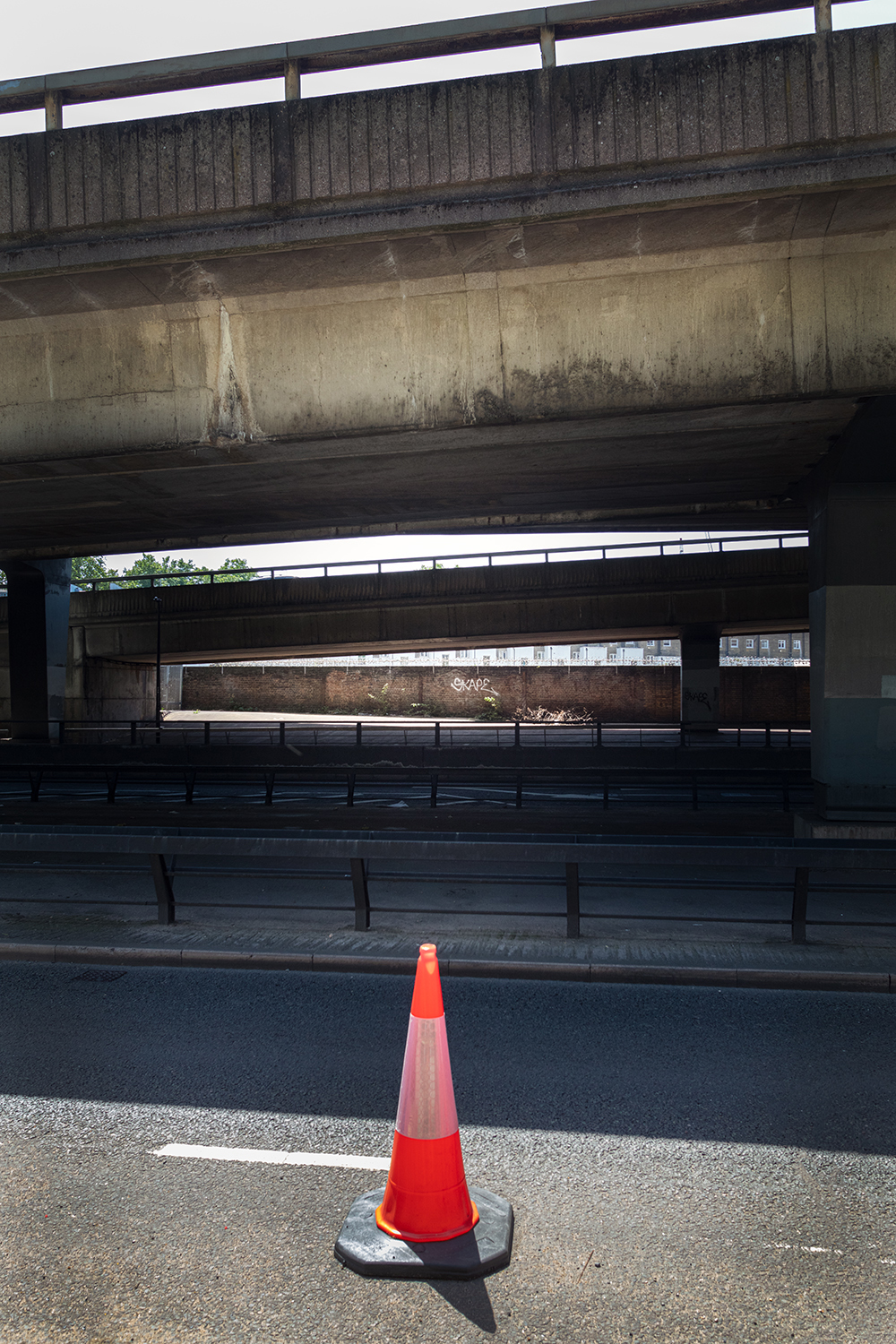 The Westway is a monument to a future London that failed to happen.

I first looked to the Westway to try to understand the 1967 plans to plough an 8-lane elevated motorway through Brixton and straight through the building I live in. In the post war ruins, Sir Patrick Abercrombie’s 1943 County of London Plan proposed sweeping restructuring of the city and beyond and the construction of a multitude of urban motorway ring-roads. The radical plans were eventually abandoned but not before they cast their long shadow over the city’s future and one remarkable piece of the futuristic motorway network was built, cutting a swathe through the urban fabric of West London. The Westway.

‘Despite the passage of time, the scars of the development have still not completely healed.'

The Royal Borough of Kensington and Chelsea Planning Brief, 2012.

The car was the future and our lives were designed to fit around it. That was one view, the desired view, sweeping along the motorway at high speed in a vehicle, but underneath, at street level, the experience was completely different. I decided to follow its route through the city as closely as possible, from underneath, and see the impact this structure had on those below.  My psychogeographical journey underneath the Westway began.

'Psychogeographical research increasingly contrasts a horizontal movement across the topography of the city with a vertical descent through its past.'

Broadly, psychogeography is where psychology and geography collide seeking new ways to understand our urban environment. The term can be traced back to 1950s Paris and the Situationist Guy Debord but the practice of urban wandering itself dates back much further. Daniel Defoe’s urban wanderer moved aimlessly across the city reporting back with his findings in his ‘Journal Of The Plague Year’, written in 1722. Later, Thomas De Quincey documented his opium infused meanderings and in Paris, flaneurs strolled the boulevards. In the 20th Century, J.G.Ballard’s Concrete Island, written in 1974 and only four years after the Westway opened, is set in an urban wasteland cut off on all sides by elevated concrete motorways and into which the protagonist is flung via a blown car tyre.

'To find this stretch of motorway little more than a stone’s throw from Marble Arch is a poignant reminder of what might have been. Corbusier remarked that a city built for speed is a city built for success, but the WestWay… is a stone dream that will never awake. As you hurtle along this concrete deck you briefly…become a citizen of a virtual city-state borne on the rush of radial tyres.'