Subverting domestic textiles and objects to challenge the political ideologies that directly affect the security and sanctuary of home. 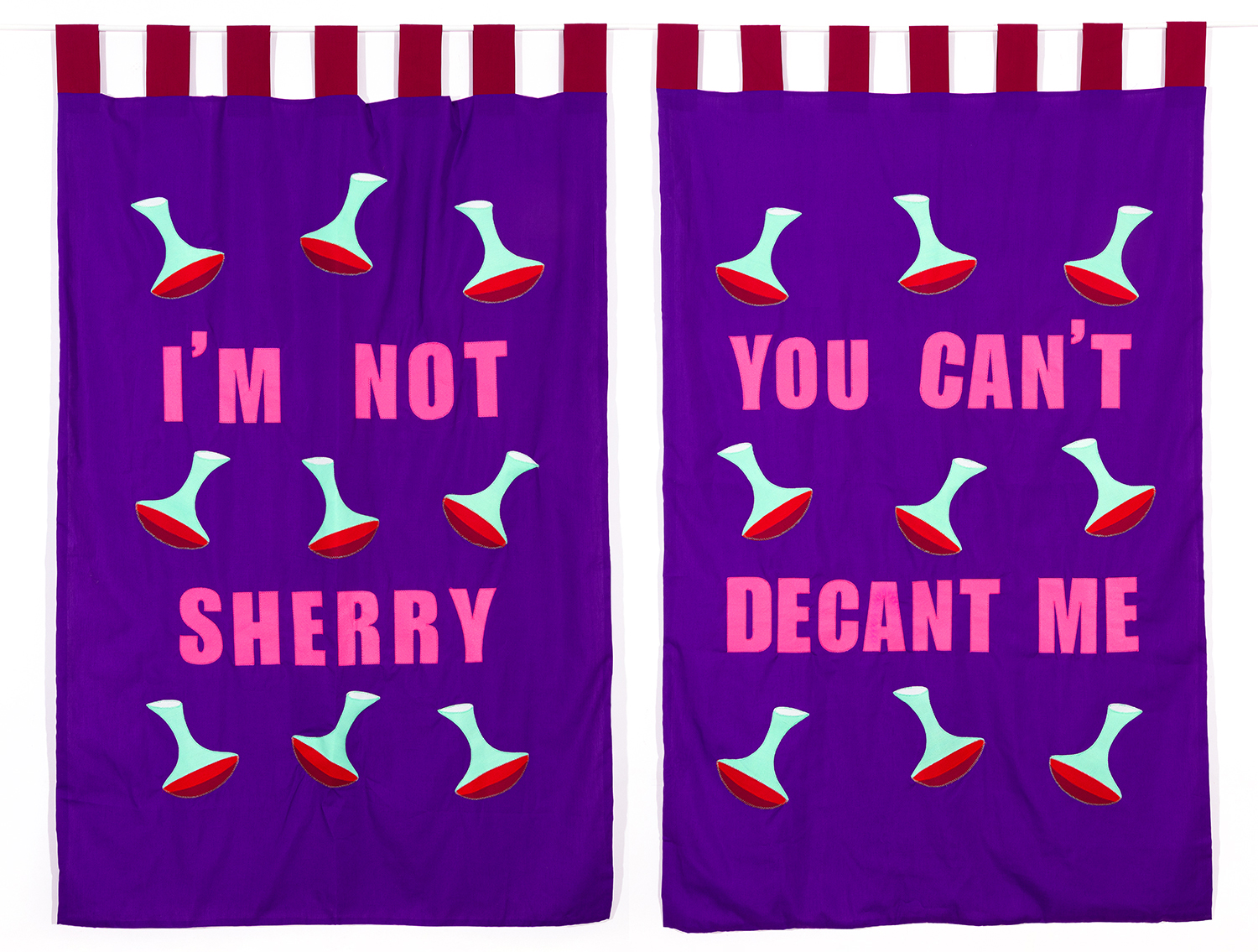 Existing somewhere between a traditional protest banner that would be held aloft and paraded on a march and a domestic pair of curtains that would be drawn shut to keep out the world outside. ‘Decanting’ is a legal term used to explain the process where residents are required to move from their homes, usually when an authority with compulsory purchase powers has redevelopment plans for their home. 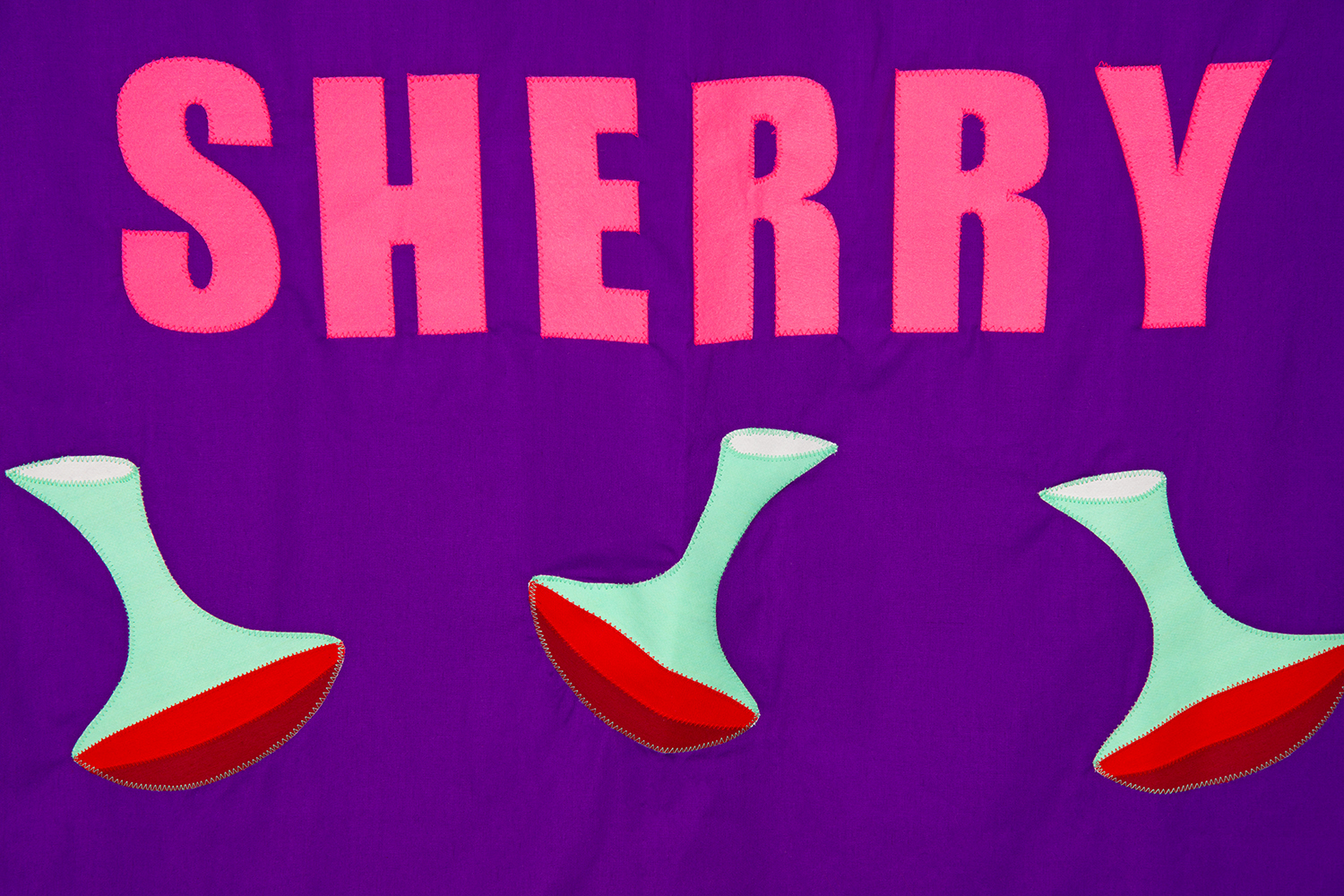 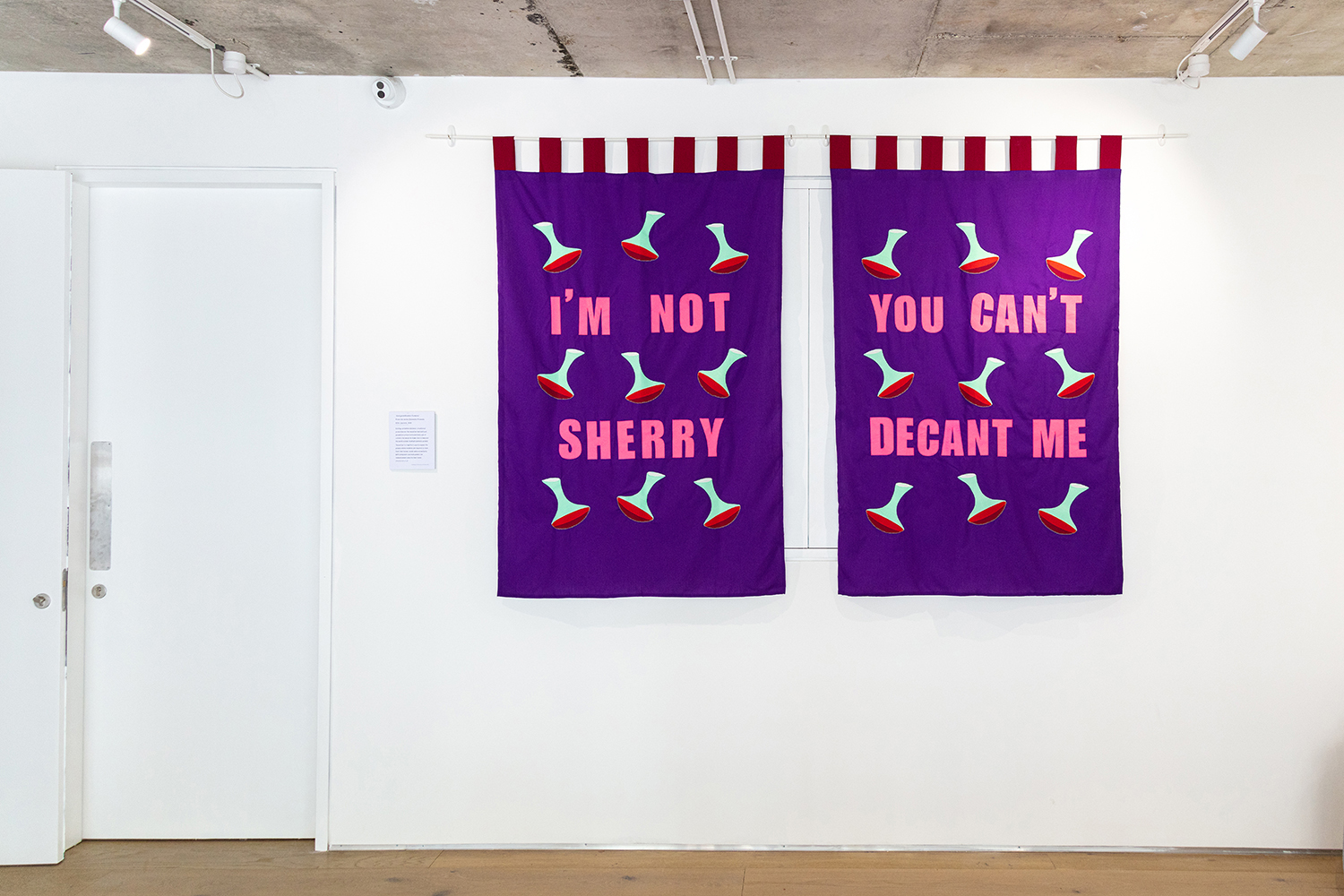 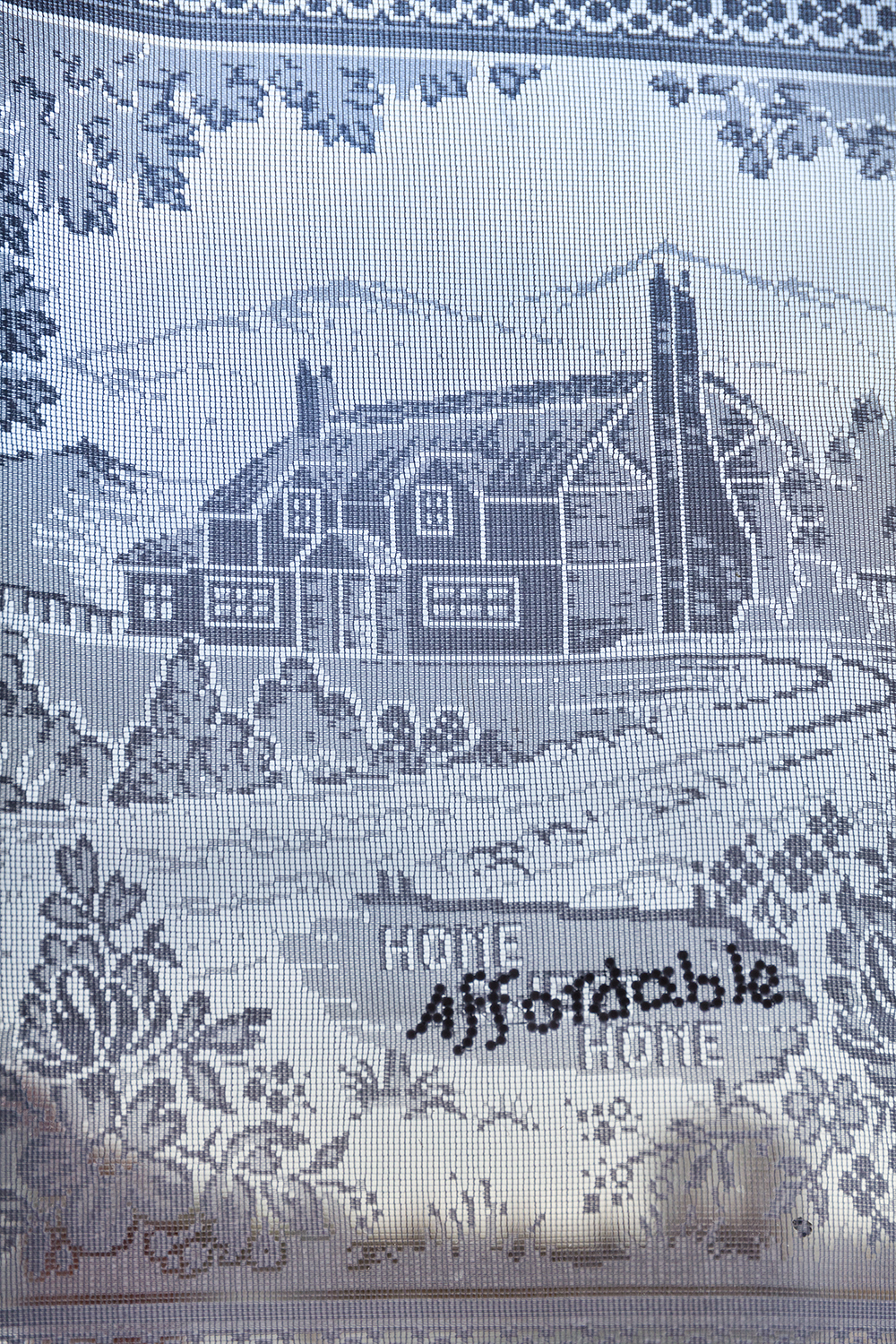 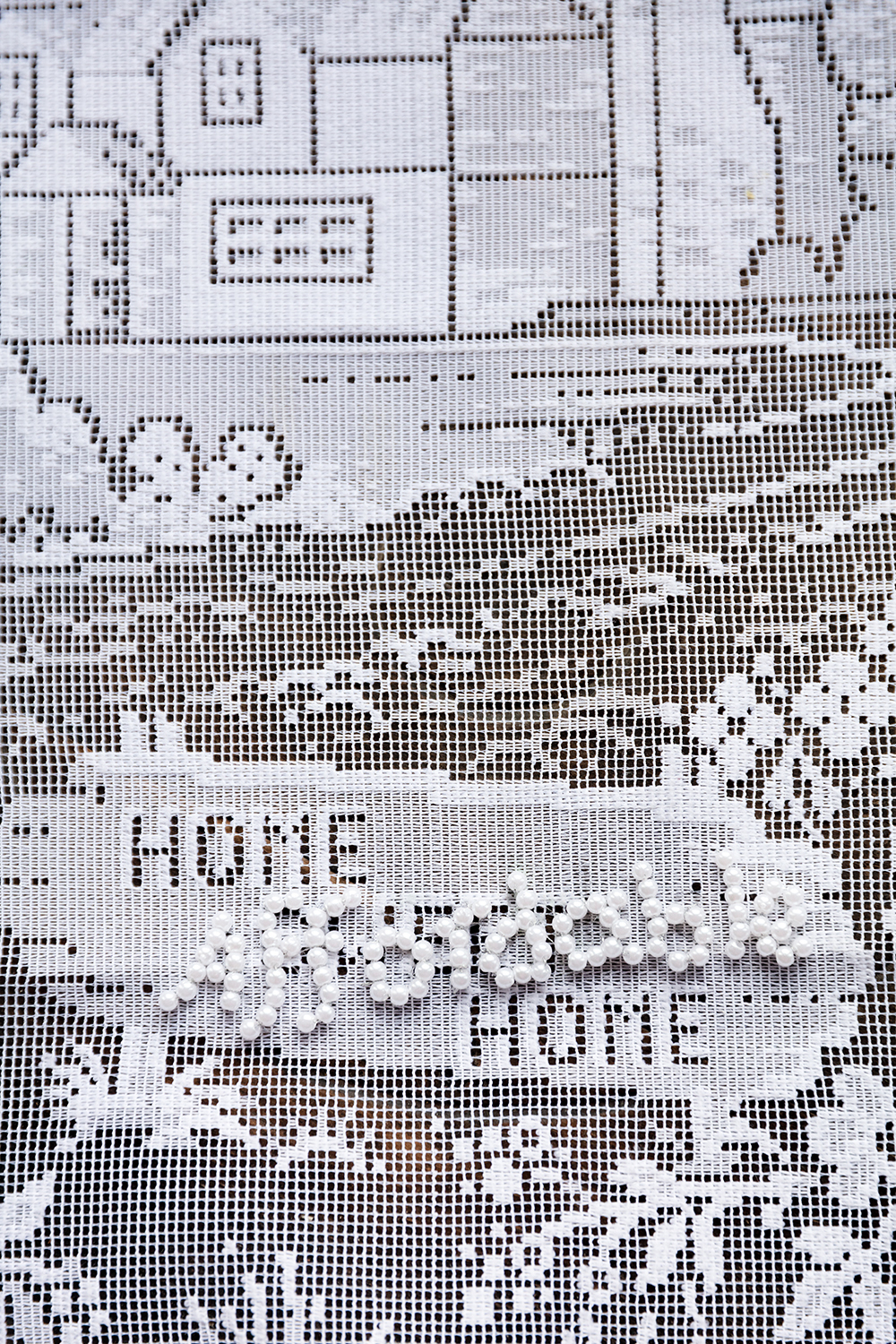 ‘Welcome To The Poor Door’

‘Welcome To The Poor Door’ 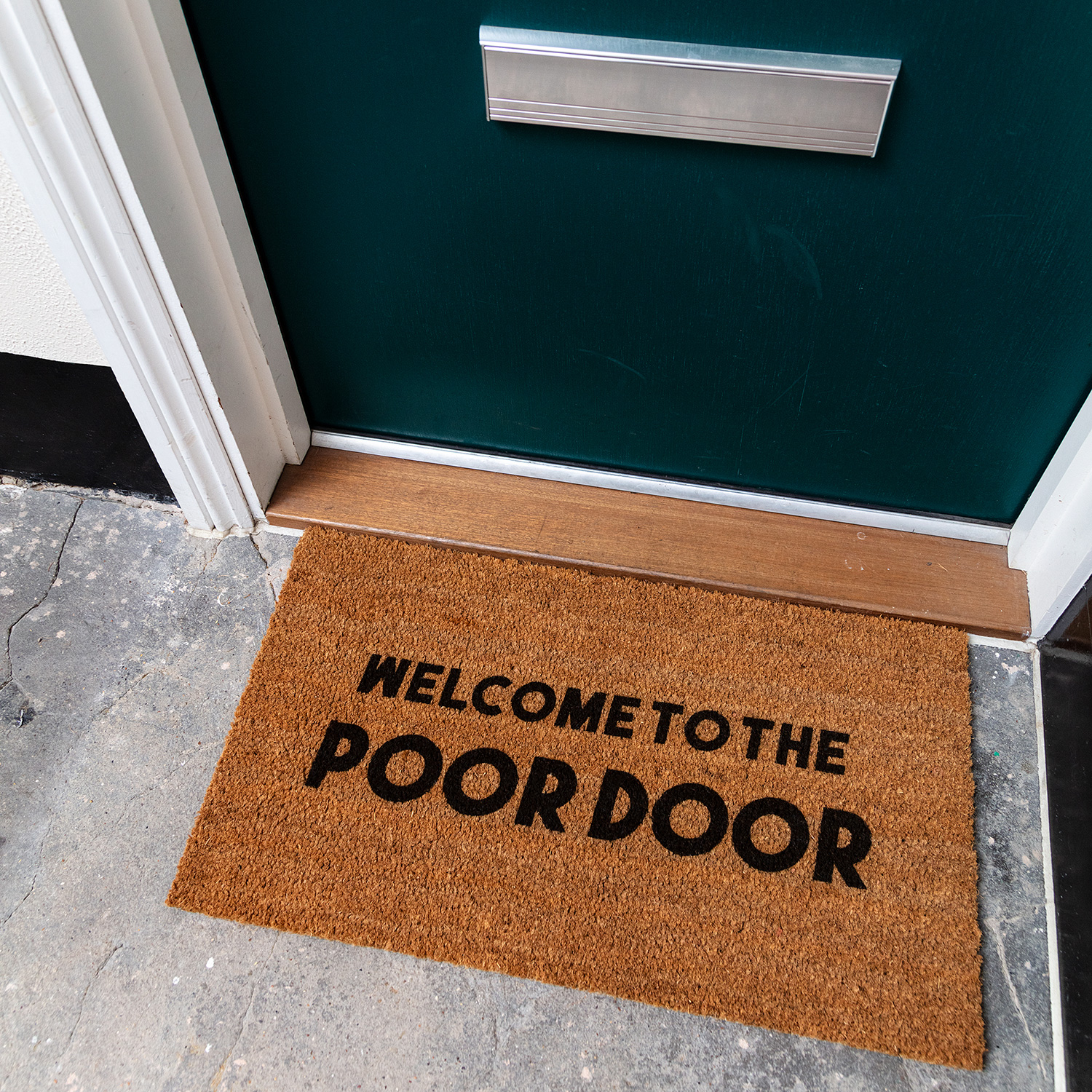 'Welcome To The Poor Door'

Under Section 106, developers are required to provide a certain amount of 'affordable' housing in developments of 10 or more homes but developers can wriggle out of this responsibility if they can prove that the project isn't profitable enough for them. In fact, there are even companies (such as 'S106management' based in Devon) who exist only to help developers avoid their affordable housing duties.⁠ When a developer cannot avoid having to incorporate 'affordable' or social rent housing into their development, these homes are often segregated from the 'luxury flats' that will be sold at top market value. Often sited round the back, near the bins or at eye (and ear) level with the nearby train line. Separate entrances have become known as 'poor doors'. Almost all London councils have given the green light to projects like this. Haringey, for example, approved a Berkeley scheme which provided a huge private landscaped garden for use by 18 children living in private flats which was three times the size of the courtyard provided for the 123 children of housing association tenants living is separate blocks on the same site.⁠

‘Greenwashing’ describes the act of conveying misleading or untrue information about something (a development, building, product etc.) that makes it appear more sustainable and environmentally friendly that it actually is.

'Artwashing' describes the use of art and artists to distract from or legitimize negative actions by an individual, organisation, country or government -especially in reference to gentrification.⁠